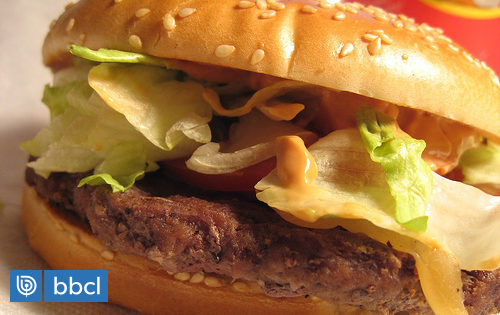 Under investigation by Seremi de Salud is the McDonald's store, located in the Espacio Urbano mall in Viña del Mar, for the possible link between the fast food chain and intoxication of food consumption that has affected a minor.

The investigation was reported by the head of the government agency, Francisco Alvarez, because of the case of a seven-year-old girl who would have eaten poor food on the premises of 15th Street North.

Due to ingestion, the lowest I would have acquired a bacterium This caused problems in his kidneys, having to be admitted to the Intensive Care Unit of Clínica Ciudad del Mar, where they reported what happened.

Faced with this, the health authority confirmed that the vicinity of the premises was inspected and samples were collected. All of them They were sent to the Public Health Institute, from which it will be established whether or not there is a known chain link with the bacterium that afflicts the child.

As McDonald's said he was not notified of any irregularity or received a formal complaint for this situation. They also indicated that their facilities are regularly inspected by the health authority.

In addition to the situation of the minor, other cases are added: six outbreaks of food poisoning so far this year. Before these episodes More than 22 health summaries were taken to restaurants across the Valparaíso region, as Alvarez said.

The health authority indicated that people should always prefer to eat in established establishments, the first customers are the customers themselves when they consume food in one place.

In addition, during this day a series of inspections were carried out in restaurants in Viña del Mar, where no infractions were registered. Despite this, recommendations were given regarding the handling and conservation of food.