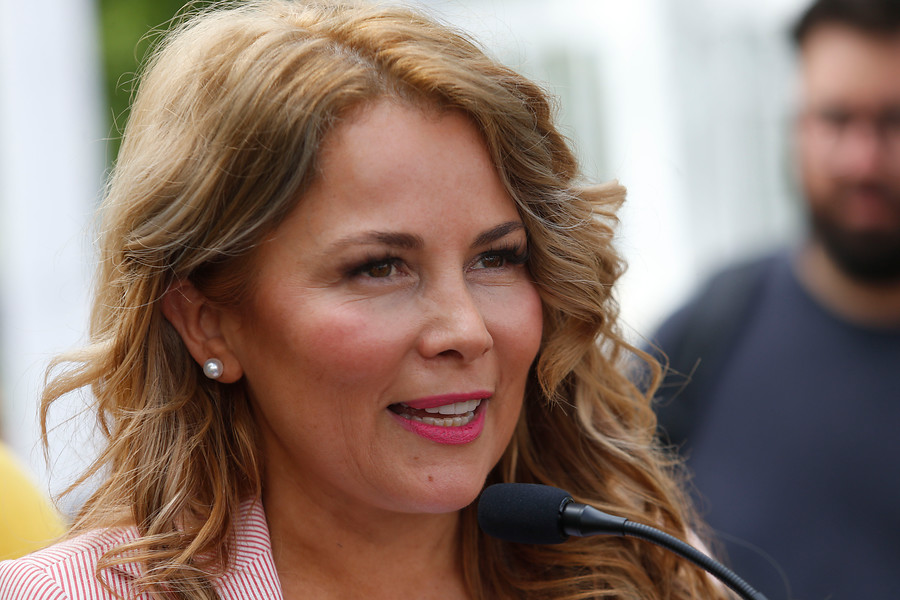 At Welcome, they wanted to start their broadcast reminding of great performances at the Festival of Viña del Mar, considering that it is only a few weeks to start the 60th version that will be responsible for TVN and Channel 13.

It was in the middle of the conversation that they remembered one that, more than anything else, was forgettable: the Spanish of Javier Estrada, who in the middle of his presentation ended up breaking his shirt until he had no shirt on.

This data kicked off to go back in time and specify that the artist was also part of the reality show remembered La Granja VIP, where he lived an intense romance with now mayor of Maipú, Cathy Barriga. The conversation was accompanied by the romantic date that they both lived on a yacht, drinking chamapaña.

"Is Cathy Barriga going to show us these images?" Asked Tonka Tomicic, to which Raquel Argandoña replied: "But why are you getting angry at beautiful images? And I would put a graffiti on the Road in Maipú."

This last one, referring to the most recent controversy that the mayor took by the excessive use of its image: a mural in the National Secondary School, the scholarship called Cathy Belly, its photographs posted in the municipal veterinarian, among others.

For those who do not remember that reality show that, in fact, the Road ended up winning, we let it down: