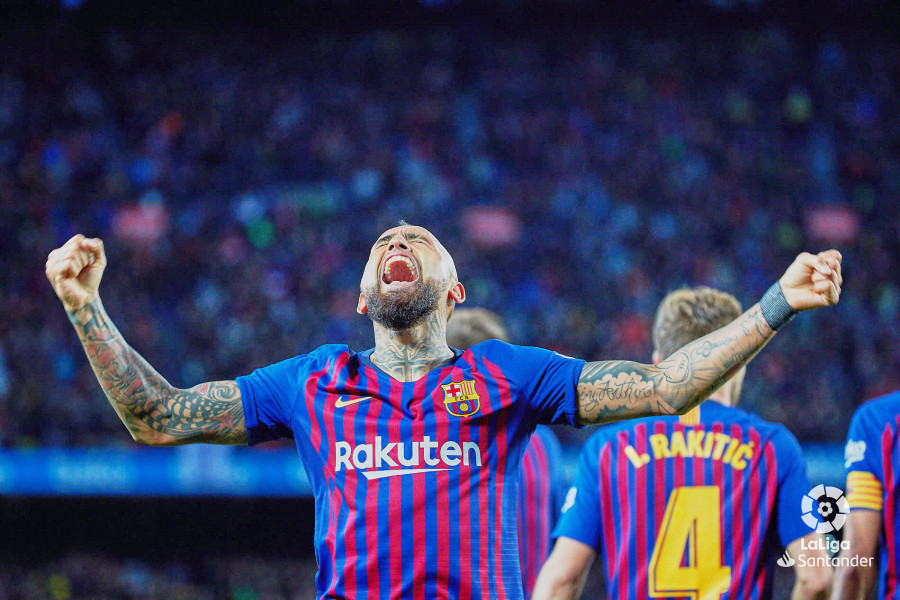 The FC Barcelona coach, Ernesto Valverde, has analyzed the Ousmane Dembélé and the possible ownership of Arturo Vidal against Real Madrid.

The Chilean footballer is in great shape and already knows what it is to mark the white team, which conquered him this season in his debut in the classics.

"Of course having experience is always a point to determine the moments, I value a little the general team, the team to work. Arturo is a player who, from the beginning or when he left the bank, always gives us something", analyzed.

A position that in case of not being occupied by the own Vidal could have one of the positive surprises of this season, Carles Aleña.

"They will play one or the other or both will play, they are players that if the game is broken, one does not break and another takes advantage," said the coach of the Culé.

One that will probably be at eleven will be the Brazilian Arthur, player before Valverde did not hesitate to get rid of compliments.

"In the end, players are what sets the team's style of play regardless of whether we have a timed style. a very safe player with the ball, we know that he always loves and will manage well. Each day is more involved in the vertical game of the team. He is a player who has fit very well in the style of team play"

In front, one of the solutions with which the coach of Barca will be Philippe Coutinho: "He is a star. Of course he is a player who can play both forward and in the middle of the field.. It moves well between the lines and has completion. He is versatile and can play in various positions. "

The last to join the list of casualties of the club for the great date this Wednesday was the goalkeeper Jasper Cillessen: "The day that happened to him was very bad. He was very excited about the cup and this semifinal. He has to recover because he is an important player for us. Too bad he can not play because of the level he was showing. "

An infirmary in which there are two Frenchmen, Umititi and Dembélé, although with a different situation. The first of them is still "waiting" to recover with more points of view of the future, while the other is not totally ruled out for the clash against Real Madrid.

"Until I pass the training I can not help you much. Yesterday he did something else to try with the group today. Let's wait to see the sensations you have. Our idea is that this week be incorporated and we are fulfilling the objectives", he finished.