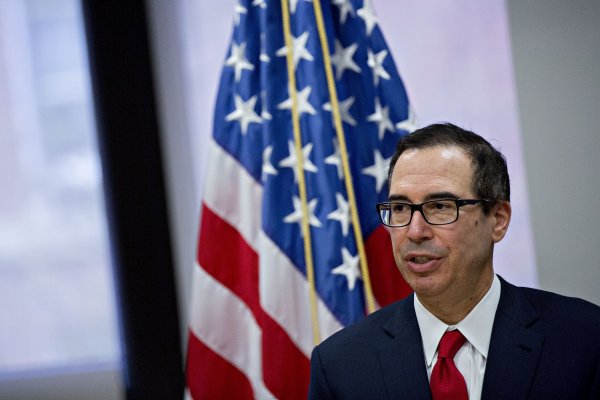 Steven Mnuchin noted that bankers have confirmed that they have abundant liquidity available.

US Treasury Secretary Steven Mnuchin, maintained a series of "individual" telephone contacts with executive directors of the top six US banks (JPMorgan Chase, Goldman Sachs, Wells Fargo, Citi and Morgan Stanley) after the strong market decline in recent sessions, which evaporated more than 12 percent of the value of Dow Jones Industrial. What is happening in the month?

The Treasury secretary, on the other hand, has announced that he will hold a conversation on Monday with the US President's Financial Markets Working Group, which is chaired by Donald Trump and includes the board of directors. governors of the Federal Reserve (Fed) for the Securities Market Commission (SEC), in Futures and Commodities Trading Commission (CFTC).

Likewise, the Office of the Controller of the Currency and the Federal Deposit Guarantee Corporation was also invited to attend the meeting, with the purpose of discussing the coordination of efforts to guarantee the normality of the markets.

"We continue to see strong growth in the US economy with robust consumer and business activity," Mnuchin said, adding that "with the closure of the government, the Treasury will employ key employees to maintain its strategic operations."

Conversations occur when they are answered already three days of government closure, in the middle of a proposal between Trump and the Democrats over the resources to build their wall on the Mexican border.

The markets have also been shaken by rumors that Trump would be wanting to get Fed Chairman Jerome Powell, due to discrepancies in the conduct of monetary policy, which for the president is being very restrictive, affecting the growth of the activity under his administration.