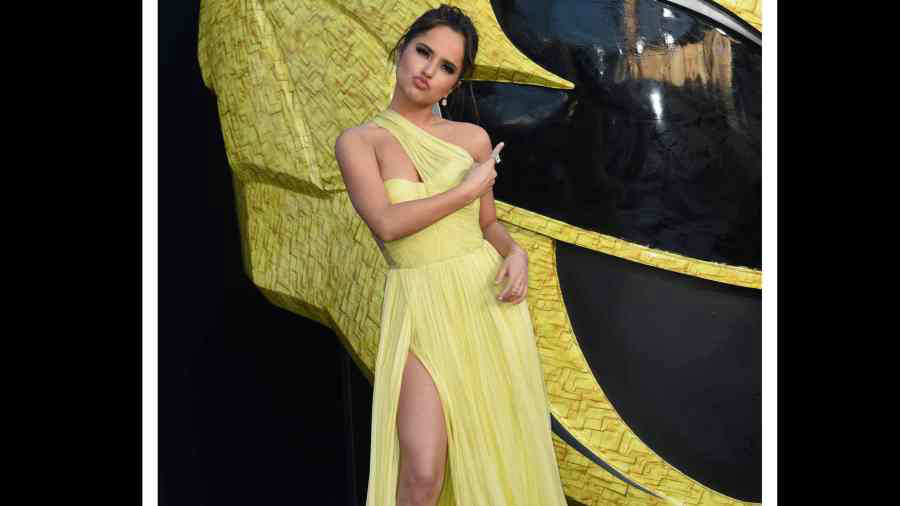 Becky G left her fans shocked when she showed up in a video without makeup and no false eyelashes.

The singer posed this way to promote her line of "Wild" cosmetics, as she comments on the clip she shared on Instagram on December 14, where she appears with makeup expert Ash K Holm.

However, the appearance of the face of the performer's success "Seniors" caused mixed reactions among his fans.

Many of the users sent negative comments against the artist, some agreed that it seems "unrecognizable"; others, on the other hand, flatter her by considering that she allows her "natural beauty" to be seen.

THESE ARE SOME OF THE OPINIONS:
"I do not know What horrooooor. How much makeup is always on? No makeup is unrecognizable????

"annie_sv787 Ours looks like a totally different person without make-up. If I see her walking down the street like this (without makeup), I do not realize she's Becky G. "

"delfina_187 For me it's still the same Becky G as always, only people say it's weird and it's ugly because it has no make-up. What matters about a person is what they have, for example, love, friendship, happiness. etc, not what it has outside and unfortunately some people can not see it. But it is not to fill all the comments with ugly things, Becky G was brave because she went to cameras without makeup and showing herself as she is in reality and if some people do not appreciate they lose, we are all better than that, nobody is perfect each one is so it is, and I am not meeting anyone but it does not seem right that they are writing ugly or fighting things, of course everyone has their opinion and I respect this and this is my opinion "

"kiikeeo My mother what changes people without 3 kg of makeup. "

"daniela_labarthe Absolutely makeup, what she does not have is shadow on the eyelids, no mascara and fewer false eyelashes. She's beautiful with or without makeup. "

"susan.armijo.c But what happened to your face, you are another without much makeup … "

"la_guirii You're beautiful, too! Do not listen to those comments from people who only see the physical because to me you're still great. "

It is not the first time that Becky G stirs up her followers, because last October she was surprised by the radical change in appearance she showed in the video of the song "Pienso en ti", a hit with which she also left for a moment . lateral urban style to engage with the rhythm of the northern corridos. In the melody, he shares credits with Joss Favela.