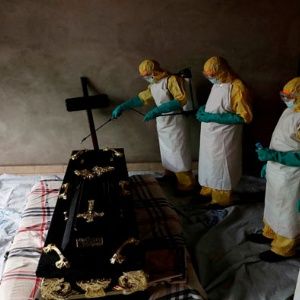 The spokesman for the Secretary-General of the United Nations (UN), Stephane Dujarric, reported on Wednesday that the Democratic Republic of the Congo has the second largest outbreak of Ebola in the history of Africa, after that recorded in West Africa (2014-2016).

Dujarric said the disease has spread to the south of the country, spreading to regions that remain in conflict, which hinders the work of medical staff.

Since the beginning of the outbreak in July, 752 confirmed cases have been reported, of which 30% are children. In addition, 461 died and 54 are under surveillance due to the possibility of being infected.

The representative of the United Nations Children's Fund (Unicef) in the Congo, Gianfranco Rotigliano, said the work was expanded to help victims and fight the spread of the disease.

"Our teams in Mangina, Beni, Oicha, Komanda, Butembo and Lubero (Congolese cities) work relentlessly with a multifunctional approach to end the Ebola epidemic as quickly as possible and help affected children and families," he said. .

>> More than 700 cases of ebola increase in DR Congo