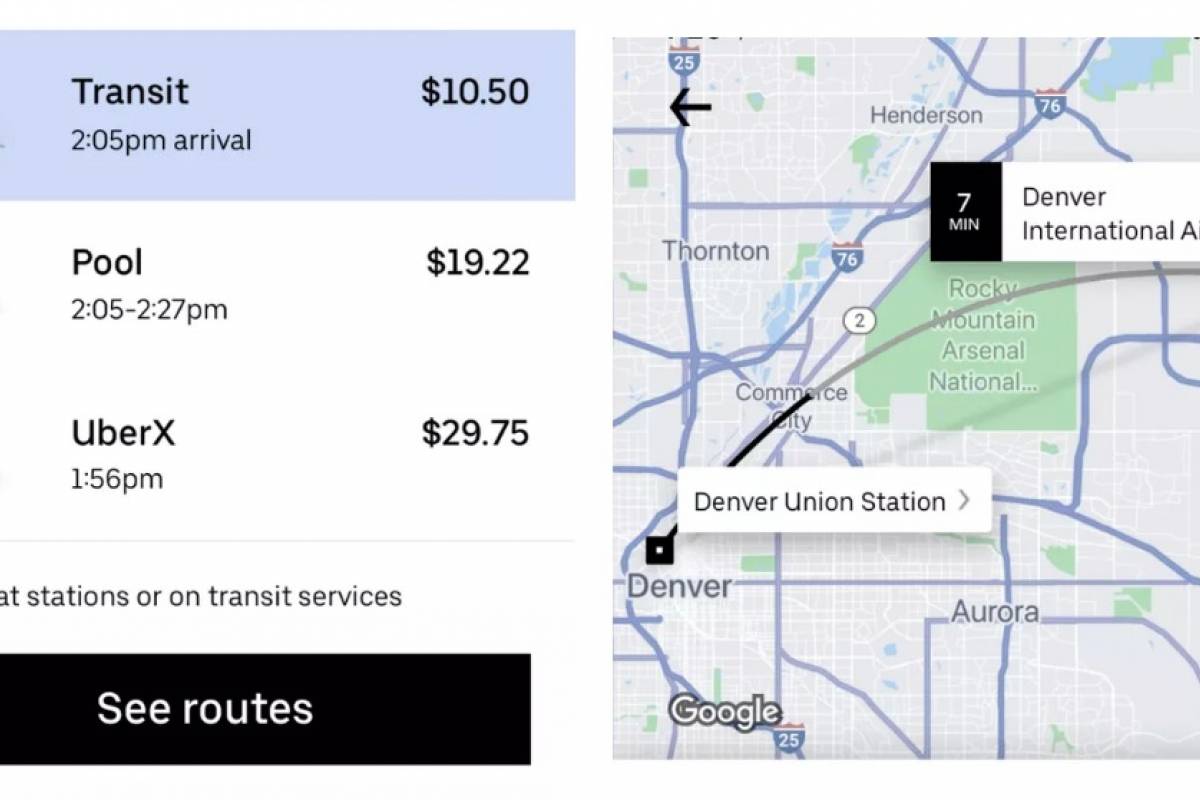 It is called "Transit" and provides nearby bus or train routes.

Uber has just released an interesting feature in its application. It is a section where public transport data is incorporated.

At the moment, the show is being tested in Denver, United States. At the time of opening the application, users find the icon of a train and the word "Transit", followed by the classic forms of transport "Pool" and "UberX".

The novelty is that this section "Transit" leads to a list of routes by bus or train, as well as the price of the rate expected by the directions from end to end.

What is the meaning? This is a company's bet to integrate more transportation options to your application, mainly public and not just the typical private car.

The entrance of Uber was not well seen in many countries, mainly of the guilds of taxi drivers. We recently said that the company had left Barcelona after new legislation (see this). Therefore, the decision to incorporate the "Transit" option can be seen as a bet to reach more people. This was said by Andrew Salzberg, head of politics and research Uber to The Verge:

"We are sure that Transit is, in fact, the best way to travel in many cities that we want to include in our application as a proposal to the user."

Of course, it's still good to be able to assess whether it's more convenient to take a bus or subway in real time, rather than leaning toward a private car without much information. In this context, the future of all this would also be oriented so that users could even buy tickets to travel in the same Uber application.

There is still no certainty about the extent of this test for the rest of the world.