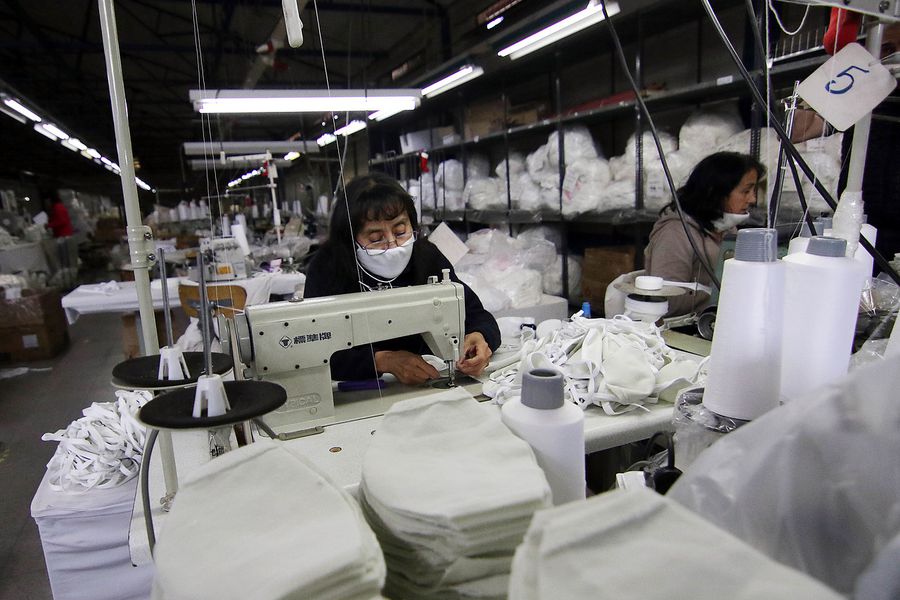 The economy gave new green light in September. And although they are still tenuous, they are signs that the process of deflation is starting economic activity, which translates into greater dynamism. This was reflected in the sector numbers published this Friday by the National Statistics Institute (INE).

Production in the manufacturing industry grew 5.3%, the first increase since the beginning of the crisis, exceeding market expectations, which predicted a 2.3% drop, after the strong drop of 8.2% in the previous month.

Chief economist of Banco de Chile: “If growth is not at the center of the debate, we will not be able to stabilize the debt”

Although the economy fell more than expected in August, the market maintains expectations for the year

Retail sales expanded their recovery and registered a strong increase in September, driven by configuration errors and increased consumption due to the withdrawal of 10% of AFP resources. The Retail Trade Activity Index, measured at constant prices, grew 9.5% in September compared to the same month of the previous year, marking an acceleration compared to the 2.8% increase registered in August.

In addition, growth exceeded market forecasts that projected a 7% increase, according to a Bloomberg survey.

“The product lines that contributed most to the increase in the index were electronic products, for household appliances and technology; building materials, tools, hardware and paints; and various consumer goods with increases of 57.4%, 45.7% and 6.0%, respectively “, said INE.

From Santander, they state that “the advancement of the deflationary process and the strong impulse to consume the liquidity shock received by families made the figures for industry and retail trade higher than expected.

Mining, in turn, completed its second consecutive fall, although it moderated it from -2% in August, falling 0.8%. This is due to the lower activity registered in two of the three types of mining that comprise it. Metal extraction decreased by 0.8%. Likewise, the Electricity, Gas and Water Production Index contracted 0.5% in relation to September 2019.

Is the resumption of sectors sustainable? With these numbers, the economy may start to leave behind the five months of double-digit declines that the activity has been presenting. Although an average contraction of 4.3% is still expected, the dispersion is high. Some predict zero or slightly positive growth, while at the other extreme they anticipate -7.9%. If this projection comes true, the third quarter will show -8.8%, lower than the -14.1% recorded in the second quarter.

Marco Correa, economist at Bice, projects a variation close to -4% for Imacec for September, almost in line with the average of those consulted. “Although consumption has increased due to the increase in people’s disposable income, and industrial activity has shown an important recovery, there are other sectors that since September have been more affected by sanitary measures, such as construction, education, transport and tourism, among others, ”he commented. Alejandro Fernández, an economist at Gemines, points out that “considering all these factors, we predict a 6.8% contraction for Imacec in September in 12 months, essentially confirming our previous expectations and, if given, would be the least bad result since March confirming in fact, the outlook for results is in blue during the months of October and November ”.

Now, when it comes to how sustainable manufacturing and trade growth is, experts have shown conflicting positions. On the one hand, some mention that it is, and that as the decentralization progresses it becomes more accentuated, while others affirm that this greater increase is due to the initial impulse to open up the activity, and that later, as it normalizes, it will return to a level more aligned with the foundations of the economy. In the first group is the chief economist of STF Capital, Sergio Godoy, who said that “they must remain in positive territory, since the bases of comparison are low, but at a slightly slower pace and assuming that the restrictive measures do not return and mobility continues to increase ”.

Pavel Castillo, from Corpa, adds that “seeing the numbers of contagion and the experience of other countries, a strong outbreak should not be expected before the end of the year, which allows the manufacturing numbers to remain in the blue, but with a growth very low, probably less than 1% in what remains ”.

On the other side is Sergio Lehmann, chief economist at Bci, who says that “the hikes are most marked at a time when the economy is normalizing. Then the momentum drops, with the fundamentals of the economy setting the pace. Consequently, the growth of manufacturing would not be sustained on this magnitude ”.

Gradually, the idea that the fourth quarter will grow in 12 months has been gaining strength. Slight, but growing. Martina Ogaz, an economist at EuroAmerica, predicts an increase of 0.4%. “The latter goes hand in hand with the contagion of contagions that the country has registered in recent weeks and both with the reopening and return of activities in several cities”. Correa specifies that “given the process of deflation, coupled with a low base of comparison resulting from the effects of the social crisis at the end of the previous year, we estimate that the last quarter would present positive numbers, in the range of 2% to 3%”. For the year, in turn, expectations remain in the range of -4.9% to -5.6%.