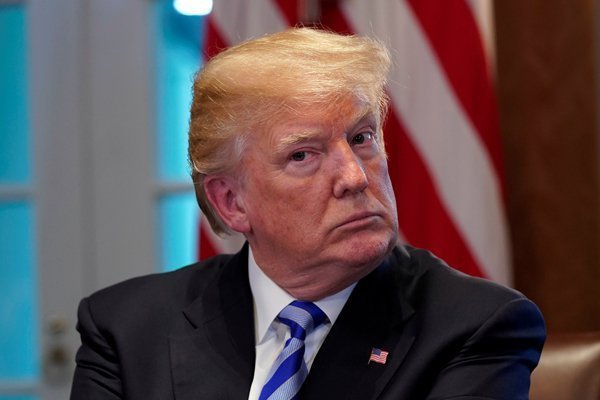 The president of the United States left to support Mnuchin and the Fed, which motivated the first transactions in Wall Street.

US President Donald Trump has come out to calm the turbulent markets that have been seen in recent days and gave a vote of confidence to Treasury Secretary, the Federal Reserve. This after it became known which the president considered depriving the president of the monetary authority of the latest increases in interest rates.

Trump, when asked about Treasury Secretary Steven Mnuchin, replied, "Yes, yes, he is very talented, a very intelligent person." As for Fed Chairman Jerome Powell, the president said the agency is "raising the interest rate very fast," although he has "confidence" that he "will understand very soon."

And the moment the market believes in it … In early Wall Street trades, New York's top indices rebound partly from the red numbers on Monday before a massive sale of shares. At the moment, the Dow Jones has risen 1%, while the Nasdaq receives more support with an increase of almost 1.5%.

Trump said the Fed raised borrowing costs because "the economy is doing very well," adding that US companies are "record numbers" and a "tremendous opportunity to buy."

The comments represent Trump's first expression of public support for Mnuchin and Powell since people close to the subject told Bloomberg News last week that the president considered firing the Fed chief, who was recommended by Mnuchin. Prior to Tuesday's statements, a person familiar with the president's thought indicated that he also considered firing Mnuchin, while another added that the secretary's permanence may depend on the performance of the markets.

Trump's frustration with Mnuchin escalates after the Wall Street official's attempts to calm Wall Street failed, citing a source close to the White House who said the secretary could be "at serious risk" of being released. .

The S & P 500 fell 2.7 percent on Monday, the worst day before Christmas in its history. In addition, as domino effect, the Nikkei in Japan fell 5%.