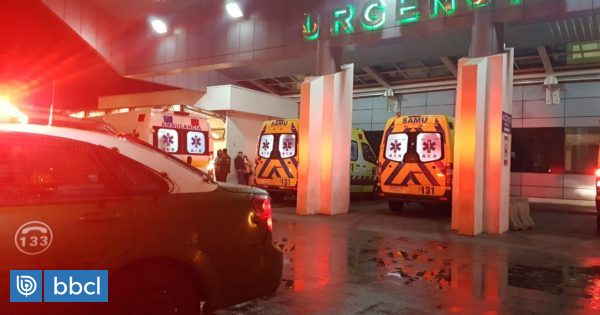 Jorge Maulen Vásquez, At age 54, he survived the operation he held Thursday night at the Bío Bío Regional Hospital, from where he arrived from Tirúa after receiving projectiles in the arm, shoulder and front of the head. The latter was presented in the area, seriously complicating their situation.

After the intervention, the victim was left with severe intracerebral injury. As confirmed on the site, the next 24 hours will be crucial. He was admitted to the ICU after the drainage work performed by the medical team.

The doctor indicated that, at the time, it was not necessary to remove the pellets left on his head.

As the companion would have testified, it was between Quidico and Tirúa that they found tires on the road and, when they tried to avoid them, they felt stones, which they saw in the middle of some trees.

It was then that they saw one of the hooded men wielding a weapon with which they were hit, after which they lost control of the vehicle.

The other person accompanying the victim suffered minor injuries.

The mayor also confirmed that near the scene of the attack, meters behind the vehicle of the couple, a carabineros vehicle would, who claimed he was by coincidence in the area.

At the moment it is not known who was responsible, since it was not possible to arrest any suspects in the place.