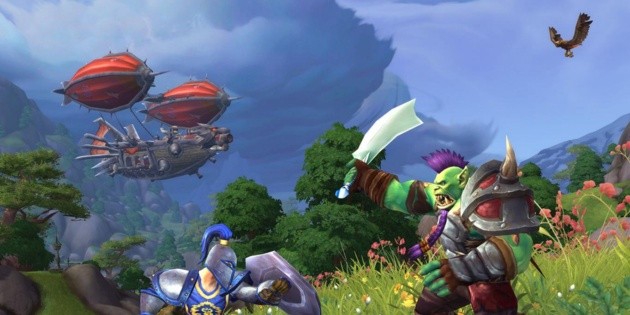 Tides of revenge, the new update of World of Warcraft It was released today and will bring a huge amount of new features to the game. There will be a new battle front: Battle for the Shadow Coast, as well as Assaults on factions, Duel Dungeon for pets: Gnomeregan, new armor bequeathed from blood elves and dwarves and two new islands in the Island Expeditions.

BATTLE FOR THE DARK COAST

Horda and Alliance players will once again face Kalimdor's back to battle for control of the war-torn region.

Each battlefront will be available independently and players can contribute to any battle front without negatively affecting each other. You can track the progress of each of the contributions in a renewed interface so you can easily see what stage they are in.

The flames of war have transformed the Dark Coast to receive top-level players with environmental upgrades, a brand new world boss for each faction, and New world missions for the faction that controls the area. There will also be new strange creatures to discover on the way which can guarantee you mounts, pets, toys, treasure chests and new equipment from the battlefront of the Shadow Coast.

Faction assaults alternate regularly between Kul Tiras and Zandalar, which will give players the opportunity to assist your faction in attack or defense in a series of world missions. Similar to Legion Assaults, players will be able to see when there is an ongoing Faction Assault simply by consulting their world map.

Summon your pets and go to the halls of Gnomeregan to face the challenges that await you in this new duel dungeon of pets.

All these updates are now available on World of Warcraft so that all players can try them out. In addition, several smaller features have also been added and can be reviewed on the official game page.