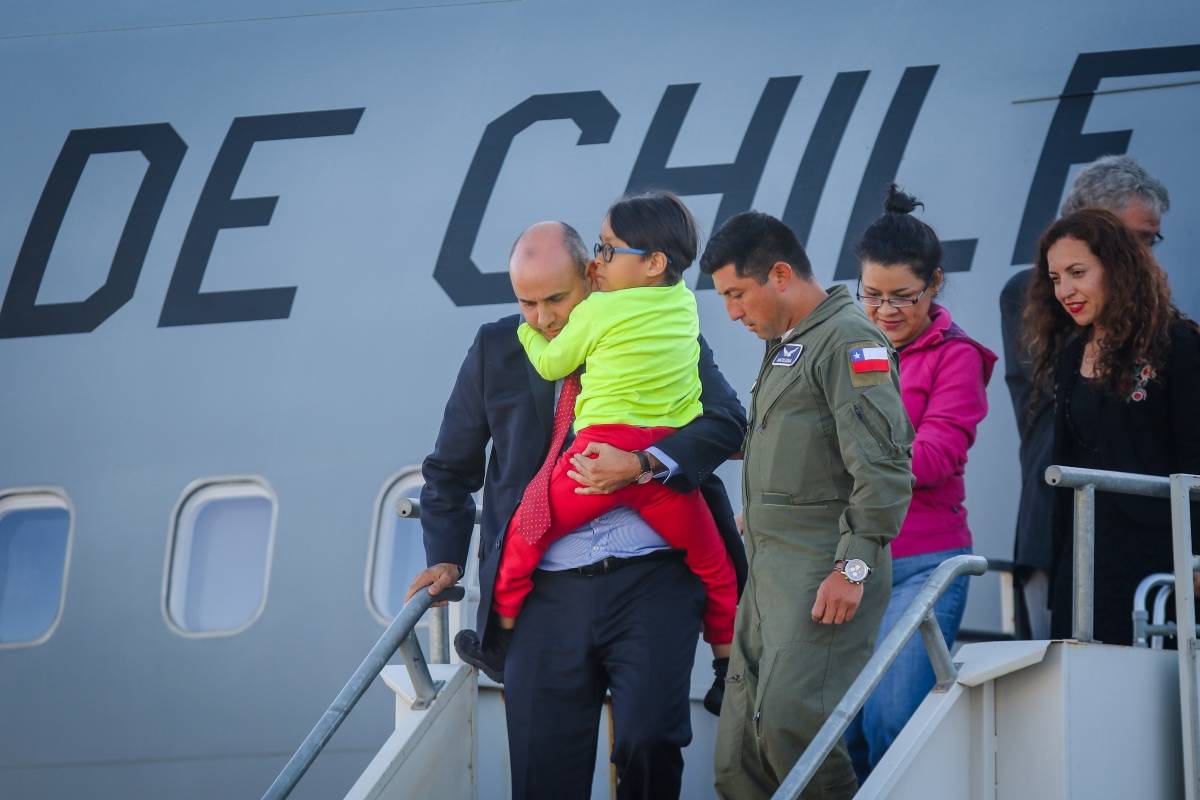 O next farmhouse, the first hour, The third group of Chileans who asked to return from Venezuela will land in Chile, according to Foreign Minister Roberto Ampuero.

In between 90 and 100 compatriots They have asked for help from the Chilean Foreign Ministry to return because of the humanitarian crisis they face in the Caribbean country.

This group will embark on a plane from Fach that will pick them up in Caracas after they pass through Port-au-Prince to leave a group of Haitian citizens who have asked to return to their lands in accordance with the Humanitarian Return Plan.

"We are very happy to be able to help again a group of Chileans who want to return to Chile in the face of the serious humanitarian, political and economic crisis they are experiencing in Venezuela, we do not leave or leave our compatriots alone who are having bad moments abroad." Foreign Minister Ampuero.

This would be the third flight of the Fach that brings compatriots of Venezuela, as part of the assistance given by the Chilean Foreign Ministry to the Chilean citizens who ask for help to return from abroad.

The first such flight arrived on November 27, 2018 with 99 people, while the second flight was held on December 18 with 56 people.