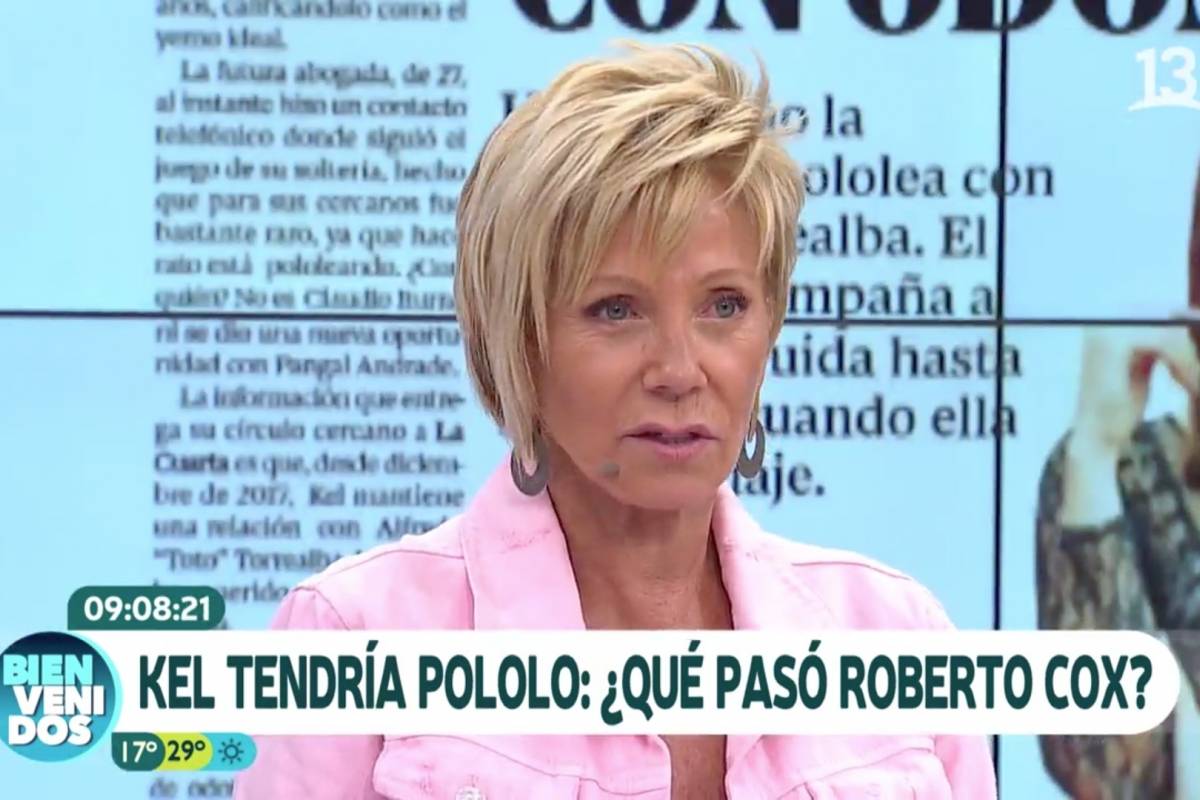 Kel Calderón last time was connected to several faces of the Chilean show, like Claudius Iturra and Matías Assler. Even at some point there were rumors that he had plans to return to his former partner, Pangal. However, all rumors were denied by La Cuarta on Friday.

According to the media, Kel would have a relationship with Alfredo "Toto" Torrealba as of December 2017. The young man, who is close to the influencer, is about to become a dentist and accompanies him in almost every event, where he also collaborates as DJ. . According to the information, his mother worked in the magazine Caras and is related to the mayor of Vitacura Raúl Torrealba.

In this context, the morning "Bienvenidos" on Channel 13 spoke on the subject with Raquel Argandoña and the director of La Cuarta, Sergio Marabolí present. As soon as they expounded what the national circulation media said, "Quintrala" categorically denied and began a tense discussion with the man in charge of the "popular newspaper."

First, Argandoña and Francisca García Huidobro questioned him because the note is signed by "show team". He says there are about 12 people who reported the problem and that is why I could not go by everyone's name.

Marabolí said that on a trip to Punta Arenas for the launch of Kel's lipstick, the lawyer went with his mother and his friend Toto. Raquel Argandoña would have slept in one room and friends in another, something that "Quintrala" would not have liked.

"This is false and I will tell you that it is super hostile that you say that on camera, it is not man, because what you do in bed stays with the other person," said Raquel Argandoña energetically.

The director of La Cuarta apologized, but Kel's mother told him that the way he said it was the problem, since it is misunderstood.

There, Francisca García Huidobro said that two friends could sleep without problems together, that she did in Viña del Mar with Julian Elfenbien and that does not mean anything, that everything can be misrepresented.

Before finishing, Marabolí said that if he had to publish tomorrow respect to this, would say that Raquel Argandoña says that the relation is false. The anger of the "Quintrala" was perceptible, until the man left the set, supposedly, to go to work in the newspaper that he directs.

Here we show the moments of the hard confrontation in "Welcome":

Chiuuu the face of monumental pole stopped cars in the camera of the Lord of the room Cc @Televisivamente pic.twitter.com/zbnkXCCi79

And finally the return of commercials. The post of Raca pic.twitter.com/ijgDkl5VuF