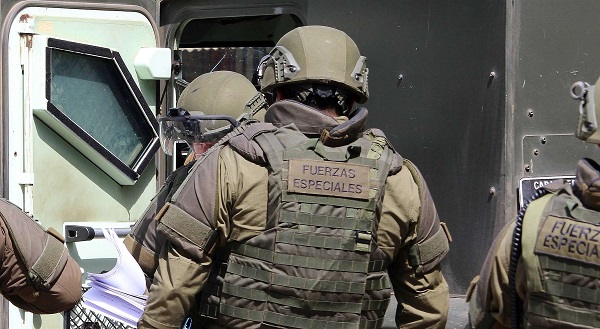 The minor of 15 years that followed Camilo Catrillanca at the moment of his death, M.P.CI would have received threats by Carabineros after his father was arrested in the early hours of Thursday.

Jorge Palacios He was arrested by uniformed personnel in a lawsuit in the commune of Ercilla along with other Mapuche comuneros accused of being intoxicated on public roads and committing public disorder.

However, the Promoter later determined that it was not true that they were under the influence of alcohol, which is why their release was ordered.

According to the Palacios version, Carlos Huaquillan, the uncle of the teenager, was with his 9-year-old son in a bencinera in front of the police station of Ercilla when the child threw a stone in a wagon. In response, he would have received a stream of water from the officers of the Carabineros, to which his father would have reacted, throwing himself in the car.

Read too: Case of Catrillanca: 5 unpublished records that Ciper revealed in his reconstruction of the crime

According to the version of M.P.C and his father, after arresting officials Palacios they recognized the man and beat him, causing injuries that have already been verified. Later, they would have threatened the teenager by saying, "You're going to fall, you, monkey".

The Mapuche communists detained yesterday, including the father of the minor accompanying Camilo Catrillanca at the time of his murder, were severely beaten by Ffee pic.twitter.com/Wxut8dScew

The Head of the Judicial Legal Unit of the National Human Rights Institute (NHRI), Rodrigo Bustos, said the minor "was threatened, as he pointed out, by the personal Carabineros. He would have said that when he falls he will play worse than his father"

The NHRI filed legal action for the alleged threats that the child under the age of 15 would have received, which increases the allegation of torture by GOPE officials.

The situation led to the Minister of Interior, Andrés Chadwick, to instruct a investigation to determine the responsibilities.

Read too: 10 years of CNN Chile: how has the country faced the task of human rights?