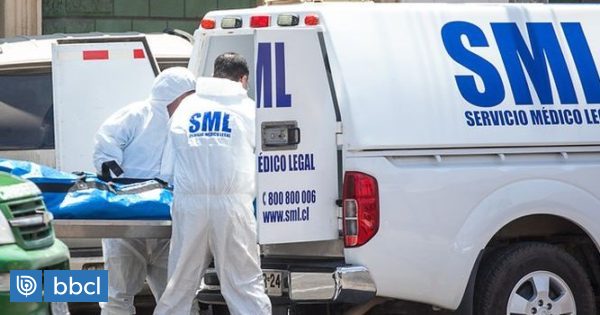 O worker who confessed to sexually abusing an 8-year-old girl while making an extension at the victim's home he was found dead last Saturday at Calle Larga, Valparaíso region.

The discovery was made by relatives of the construction master – identified with the initials J.E, E. E., 61 years – in the automotive sector of Patagual 1, according to Los Andes Online.

According to the PDI, death would correspond to a suicide, apparently motivated by accusations that the man had to face after confessing to abuse his son.

"All the research is pointing out that this person is attacking their life because of that endogenous depression state that was being generated, linked to this judicial situation"Said the head of the Civil Police Homicide Brigade, Gino Gutiérrez.

In fact, as detailed by the detective, the man found a note explaining the reasons for the suicide, as well as money to pay for part of his funeral.

Last Wednesday, the man was formalized for sexual abuse and less serious injuries, having confessed the indignation to the daughter of the owner of the house where he worked.

In his statement, he said the 8-year-old girl urged him to commit the crime by "spreading his legs."

After its formalization, Judge Roberto Gahona Rojas ruled out the pre-trial detention of the accused – who had no record – leaving it free and with national roots and prohibition of approaching the victim as precautionary measures during the four months of the investigation.