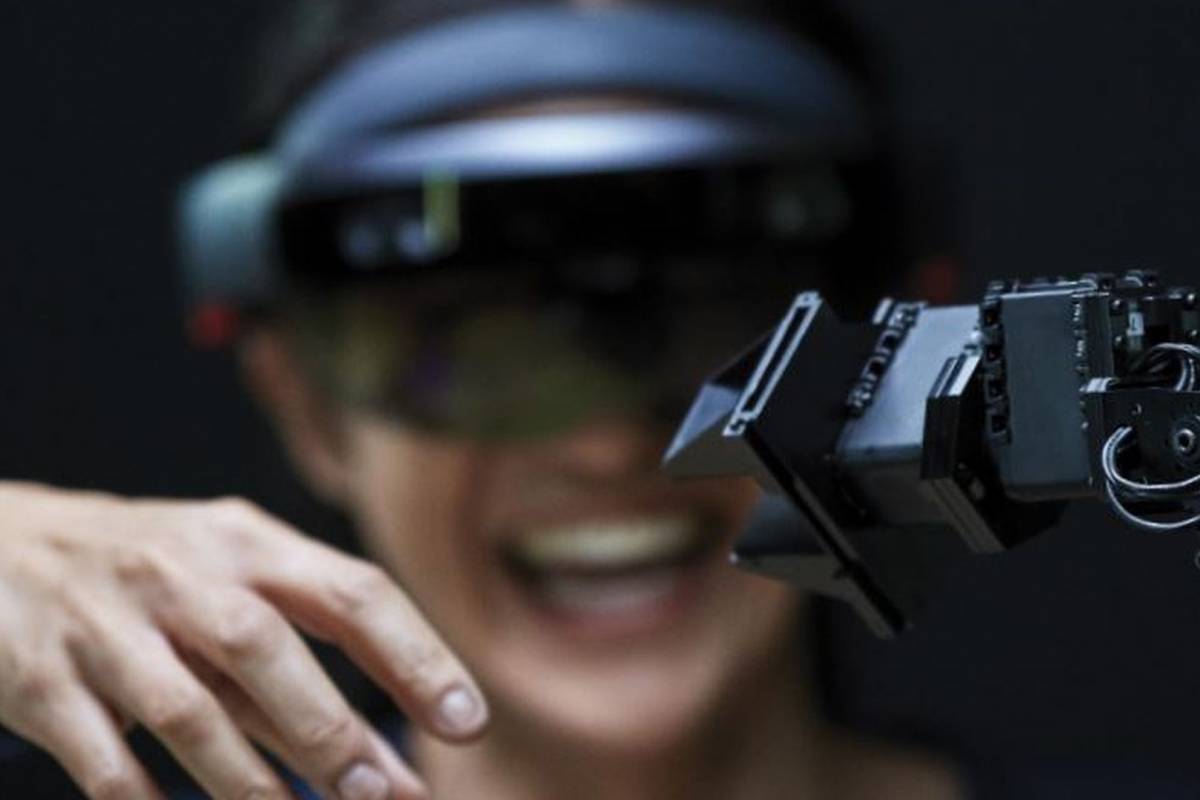 The Internet has replaced many of the daily actions and with this, new possibilities and ways of doing things arise.

We can cite several examples of current technology that look like something out of a science fiction movie, such as shopping at the grocery store without having to go through the box, virtual newscasters giving television news, medical operations performed by machines, and cars driving themselves.

These show us that technology and the Internet have come to replace many of the daily actions, which opens up new possibilities and ways of doing things.

Having said that, Ericsson recently conducted a study on the 10 consumption trends for 2019, where we see interesting things like that most respondents would like to have a device that warned them before they became ill, and a large percentage believe that functions such as customer service or technical support will use avatars rather than people.

Below you can see an infographic that shows the 10 consumer trends for the next year and then more details on some of them that were included in the press release. 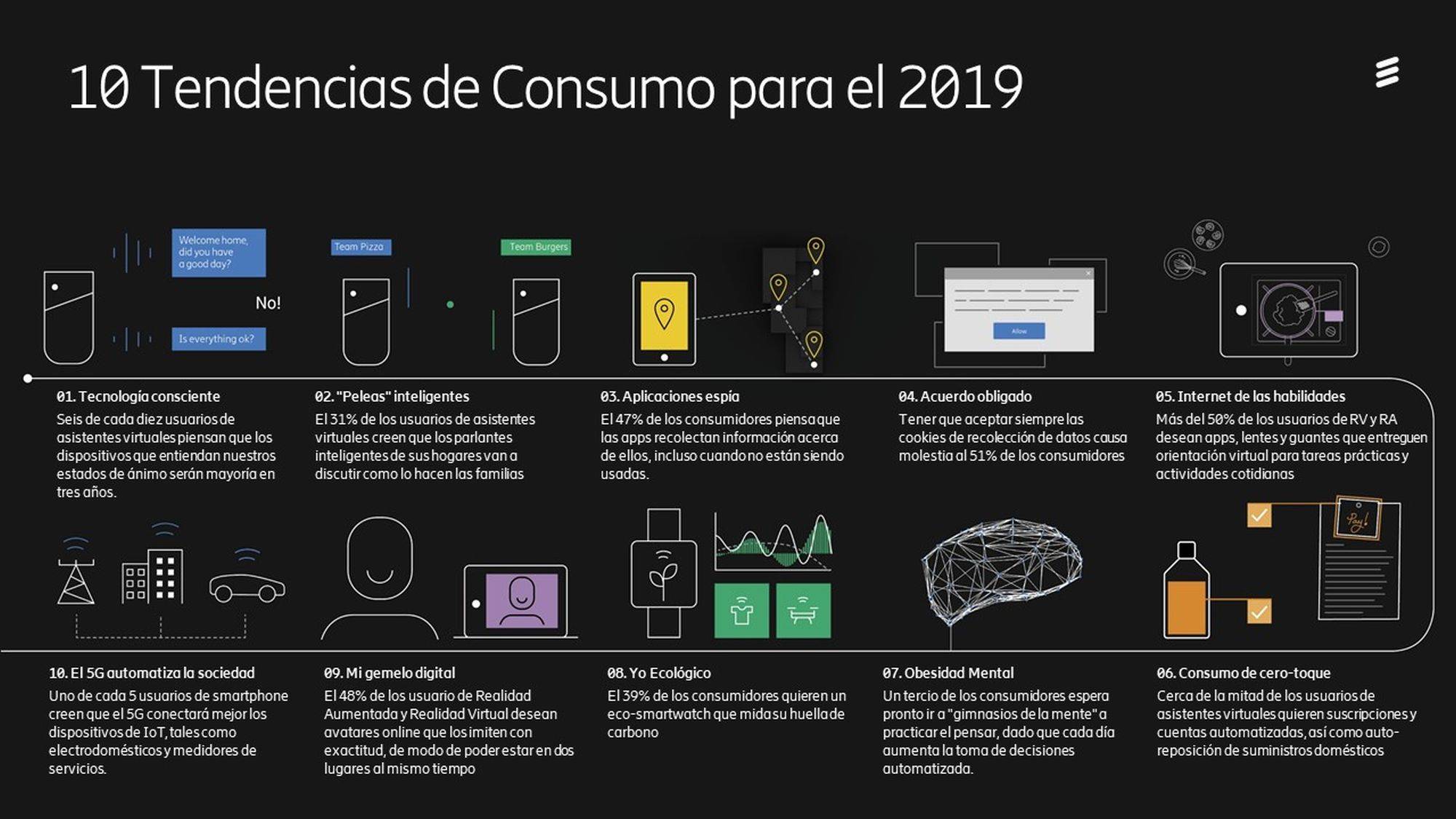 Can you imagine going to the doctor just because your phone told you? 57% of respondents said they would like to have a smart device that warned them before they got sick, and 43% would like an online assistant to tell them when to see a doctor.

The new utility that could be given to smart devices could, according to some, have its negative side, and this is one of the trends that the report coined as "mental obesity" because the automation of decisions could mentally lazy people. In fact, 34% believe they will forget how to make their own decisions due to excessive use of virtual assistants.

The technology allows everything to be a click away, which causes users to stop moving and therefore exercise as before. That's why a third of respondents believe that consumers should have some kind of "gym" to exercise mind.

Can you imagine being able to cook a dish worthy of a restaurant? This could also be possible thanks to advances in technology, especially augmented reality devices. This is another of the trends presented in the report, the "internet of skills".

Through virtual or augmented reality glasses, it will be possible to fix almost everything thanks to them, with instructions that adapt digitally to any task. Even 82% of users of this type of device believe that this new way of receiving instructions will be massively over the next three years.

Being in two places at the same time may sound very far from reality, but it is something we already do every day. By making a simple call, you can physically be in one place and talk to someone on the other side of the world at the same time.

As avatars become increasingly realistic, it can be difficult for others to judge where the other person really is. In fact, nearly half of virtual or augmented reality users think that avatars will be able to mimic users so well that it will be like actually speaking to them.

Of course it can take a long time for this trend of "digital twins" to become a reality, but it's a direction you could go. 49% believe that functions such as customer service or support will eventually use only avatars instead of people, an area that is now highly focused on automation.

It is mentioned that the study was conducted in an online survey of Internet users between 15 and 69 years old from ten cities in the world and who had a high use of new digital technologies, where 47% said using virtual assistants such as Siri Apple, Google Assistant, Alexa from Amazon and 31% use virtual or augmented reality devices.