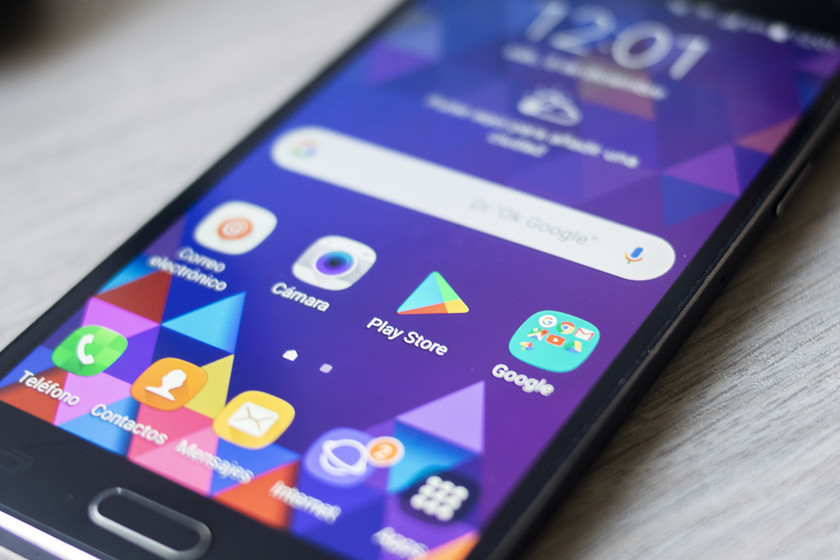 Downloading apps on Google Play is a simple task. Just go to the store, look up the name or browse the different categories and press a green button. This process was 178.1 billion times last year by more than 2,560,000 apps available on Google Play.

To get where they are, these more than 2.5 million applications had to pass through series of filters and meet the requirements of Google Play, which are not few. So to shed some light on what Google allows and does not allow on Google Play, we'll look at the guidelines that apply to content, that is, what an app can offer the user and what is strictly prohibited.

Not everything is allowed on Google Play

According to Google, the Developer Program Policies and the Developer Distribution Agreement aim to ensure the offer of the the world's most reliable and innovative applications"And make the store a safe and respectful platform." To achieve such a mission, Google's children had to create standards to define what is harmful and inappropriate for users. The first category is "Inappropriate Content" and extends in the following cases:

With regard to violence, "graphic representations or descriptions of actual violence" are prohibited, for both people and animals, and applications that encourage personal injury such as suicide or eating disorders, among others.

In the "hate-promotion" category, the Great G also includes the "Terrorist content", warning that publishing applications with "no purpose, including recruitment" is not allowed. Nor does it allow anyone who "encourages terrorist acts, incites violence or commits such attacks." However, applications and content with an educational or documentary nature about terrorism are allowed as long as "you provide enough information so that the user can understand the context."

In relation to firearms, applications that allow you to "simulate automatic firing" are not allowed or convert a firearm to shoot automatically ", which is curious, considering that Weaphones, an application that allows precisely that, is on Google Play and has more than 10 million downloads. , etc.

In addition, applications that "facilitate or promote illegal activity" are not allowed, such as buying and selling illegal drugs or medicines They need a prescription. Applications with instructions to grow or process drugs or incite the consumption of these, alcohol or tobacco in minors are also not allowed.

What about apps that infringe copyrights?

There are dozens of applications that allow you to download music. Although some extract Jamendo content and free music banks, many others allow you to find copyrighted songs.

We all know of the existence of applications that allow download music, videos and movies on Android. In fact, just a simple search to see a long range of them. In theory, they are not allowed: "we do not allow apps that induce or encourage copyright infringement," including streaming apps or local downloads. However, this does not prevent them from being installed from other sources.

Neither are applications that infringe "third party trademarks", which goes from the logo to a word. This guideline applies, in turn, to the use of copyrighted music album covers, video games or books, sports team logos, public image images, etc. In few words, anything that could involve a copyright infringement, regardless of nature, is expressly prohibited unless the developer has an express authorization and can prove ownership.

In minors, bets and crypto-events

Google also reserves a space for child protection in its implementation policy, stating that "apps that include content that sexualizes minors are subject to immediate withdrawal from the Play Store" and categorically forbid applications with adult content aimed at children. Google, in fact, warns that will delete Google accounts "all users involved in the distribution of this content" and that it will inform the competent authorities.

About the betting gamesare only allowed in France, Ireland and the United Kingdom. In addition to these three countries, the real money game is nowhere to be found. This includes online casinos, lotteries and sports betting. Again, emphasize that these applications can be downloaded from the bookmaker's website in APK format to be installed.

The game can only be hosted on Google Play france, irish and british.

Google also mentions "daily fantasy sports apps." It sounds strange, but they are games in which several users form an imaginary virtual team (soccer, for example) with real players and their score depends on the performance of such players in their matches and championships. It is something similar to the Comunio. These games, they say of Google "they should only be distributed in the United Statesand you will only be able to access them from this country. "In other countries, you must meet the requirements of gambling.

Finally, in terms of tools, Google prohibits applications that allow the trading of binary options and Crypto-Coin mines, although they allow those who manage remote mining activity and portfolios, better known as wallets.

What about applications whose content is generated by the user?

While developers are the ones who decide what to show in their applications, hand many others where content is generated by users. Examples are Facebook, Twitter, Instagram or Reddit, without going any further. Google defines it as "the one your users contribute and is visible to at least some of the rest of the users" and can include text, comments, images, and so on.

For applications that allow this generation of content, Google says that "Any content that violates its policies is unacceptable", mentioned above. Thus, an application in which users upload photos can not host sexually explicit content or encourage terrorism, for example.

Apple, for example, says applications can display NSFW (Not Safe For Work) as long as they are hidden by default, but Google does not mention anything about it. In theory, it is the power of apps to set inappropriate content in accordance with Google's policies, and their dissemination should be prohibited according to the terms and conditions of use. Terms and conditions that, by the way, users must accept before uploading anything with these applications.

Applications of this type must provide a simple system to report and remove unacceptable user generated content and remove or block users who violate policies. For streaming applications such as Twitch, inappropriate content should be removed as quickly as possible, since at least for now you can not predict or restrict your publishing in real time. Interestingly, apps that "create a reputation for hosting this type of content" can also be removed from Google Play.

As you can see, Google's app policy is restrictive and ensure that Google Play is safe, user-friendly and suitable for all audiences. However, the system can always improve and is far from perfect. Occasionally, applications that cause crypto-coins, inject viruses, or perform any of the practices mentioned above are leaked. In this regard, Google Play Protect plays a key role in its detection and elimination.