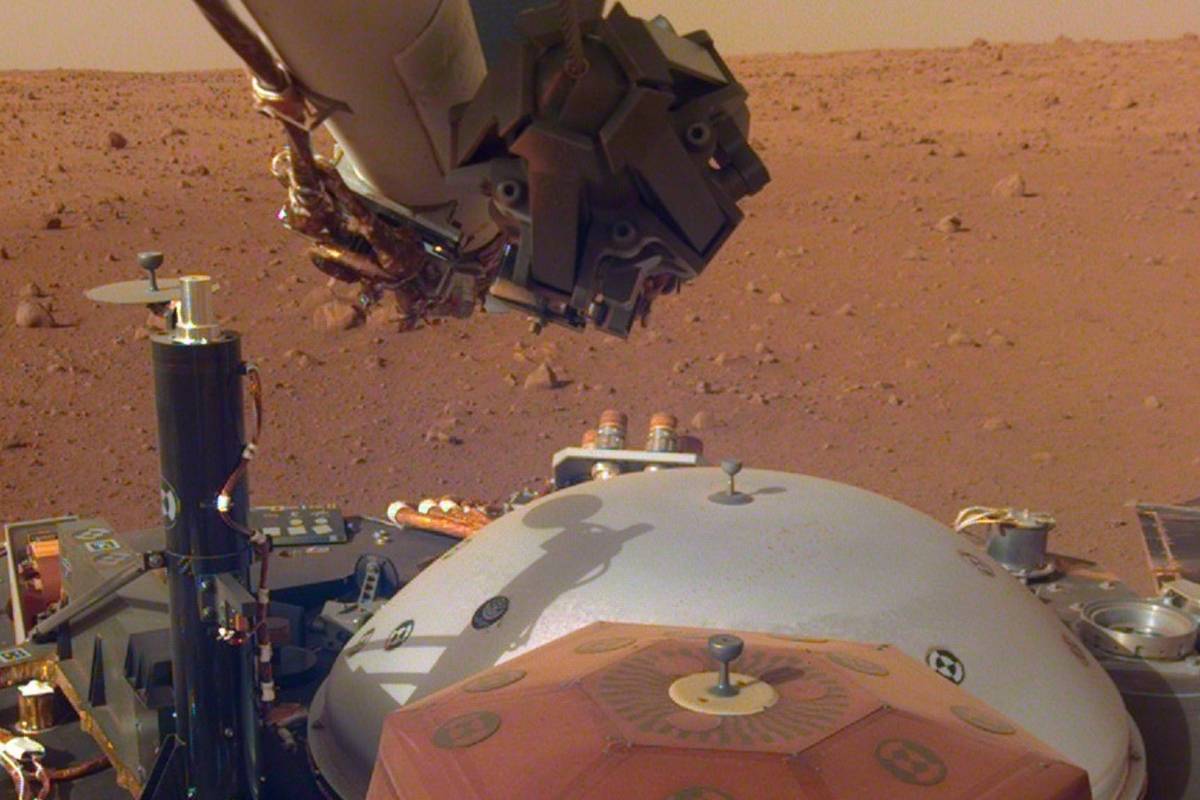 NASA has released these audio files that for the first time show us the sound of the winds of the Red Planet.

Just a few weeks ago, we witnessed the successful landing of the InSight spacecraft on Mars, and now we know NASA has announced that the probe has been able to capture the first sounds of the winds on the Red Planet.

The geophysical robot's sensors have captured the wind's vibrations on the ship's solar panels, which are believed to blow between 10 and 15 miles per hour (16 to 24 km / h) from northwest to southeast.

Bruce Banerdt, Principal Investigator for InSight at the NASA Jet Propulsion Laboratory, commented:Capturing this audio was an unplanned gift. But one of the things our mission is dedicated to is measuring motion on Mars and, of course, that includes the motion caused by sound waves. "

It is mentioned that two very sensitive sensors at InSight detected these wind vibrations, an air pressure sensor inside the module and a seismograph, where both recorded the noise in different ways.

In the video, you can listen to the recommended audio to listen with headphones, although it has also been edited to be able to perceive it with regular speakers.

For the first time we hear the winds of another world.
Learn more about #SoundsofMars sent by @NASAInSighthttps://t.co/PFHRE1ncRH pic.twitter.com/I8BtjnnAdN

At first, it looks very similar to how the wind would register with a microphone on Earth, but it is certainly interesting that it is the first time the sound of the winds on another planet has been recorded.

InSight will continue to analyze the Martian surface, especially the vibrations, all in order to get information about the formation of the planets in our solar system and learn more about the Red Planet.