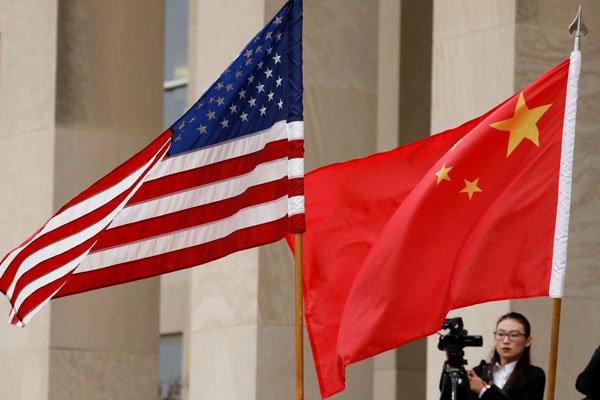 Financial markets have already had an impact. Bank of America Merrill Lynch estimates that a 6% net decline in the S & P 500 this year may be attributed to the news of the trade war

2018 was the year in which trade wars broke out; 2019 will be the year the world economy will feel the impact.

Bloomberg's global trade barometer is dwindling with the loss of momentum in export orders, which have accelerated to anticipate the introduction of tariffs. Volumes are expected to decline further, although the United States and China are trying to resolve their trade differences, and companies are warning of further disruptions.

There are already victims. GoPro Inc. will move most of its camera production to the United States out of China next summer, making it one of the first branded electronics manufacturers to make such a decision. For its part, FedEx Corp. recently cut its profit forecast and its international air transport capacity.

"Any kind of trade interference will be a tax on the economy," said Hamid Moghadam, director of Prologis Inc. in San Francisco, which has nearly 4,000 logistics facilities worldwide. "And the world economy is likely to slow down as a result."

Financial markets have already had an impact. Bank of America Merrill Lynch estimates a net 6 percent decline in the S & P 500 this year can be attributed to the trade war news. The Chinese stock market has lost $ 2 billion in 2018 and is approaching a bear market.

Recent data underscore concerns that trade will be an obstacle to US growth next year. US consumers feel less optimistic about the economy in a year, while small business optimism about economic improvement has fallen to a two-year low and companies expect a reduction in profits by 2019.

Europe is not safe either. While Germany's major machinery sector will produce a record $ 260 billion this year, trade disputes are among the reasons why growth will slow, according to industry association VDMA. Production will increase by about 5% in real terms in 2018, the highest level since 2011, before growth drops to 2% next year.

There is also a risk that the United States will apply tariffs on car imports from Europe and Japan, a move that would undermine relations between these major economies. The arrest of Huawei Technologies Co. chief financial officer Meng Wanzhou highlights the risk that unforeseen events can quickly ignite tense relationships.

"The 2018 trade divergence and tariff threshold in 2019 are likely to maintain a high degree of uncertainty and will continue to impact trade and investment plans," wrote Citigroup's global markets economist in New York. York. Cesar Rojas, in a recent comment.

The key question is whether Washington and Beijing can reach an agreement before the deadline of March 1. If they succeed, a cloud obscuring the global economy would dissipate. But for now, the threat of a prolongation of tensions is a brake on business expansion plans, and thus on the global economy.