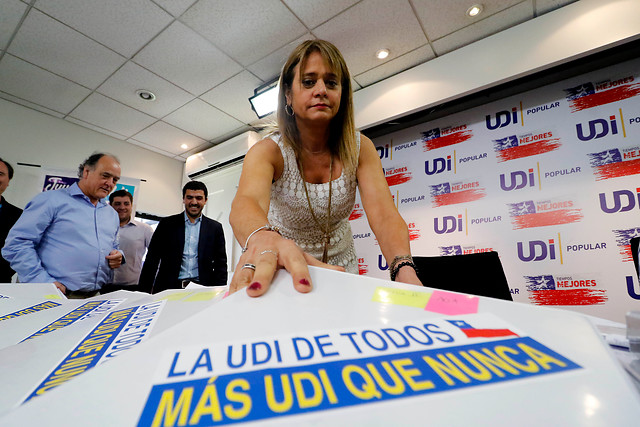 Faced with the electronic failure of the election of the Independent Democratic Union, on Sunday, December 16, the vote will be resumed to determine if the party chairman will be Javier Macaya Jacqueline Van Rysselberghe.

Read too: No more pitanzas! Nine out of ten calls to the phone are false

Faced with this, the two figures are making strenuous campaigns on social networks, calling on all militants to vote.

Among the platforms that have been used is Twitter, a space where candidates have created their own hashtag to collect support messages.

In the case of Deputy Macaya, he chose the traditional one with the hashtag: #YovotoMacaya. While the current senator and president of the UDI chose to use his nickname "Coke", resulting in the label: #FirmesConLaCoca.

Read too: What are the hotels, apartments and hostels where the deputies stay when they go to Valparaiso?

This has generated hundreds of reactions from users of the bird's social network, which relationship that can be given to the nickname of Van Rysselberghe with Cocaine Hydrochloride, they made fun of the situation by creating fun memes.

#FirmesConLaCoca It's TT and I can not imagine anything more. pic.twitter.com/lxebX4zEN1

Meanwhile, the #UDI and the count of votes #FirmesConLaCoca pic.twitter.com/8yI4UUhly8

It's just that I could not be so animal to use a HT as #FirmesConLaCoca.

What comes next? Take a photo in an Italian restaurant and say #We areLocusPorLaPasta???#SomosDeUnaLinea #TodosJalamosParaElMismoLado#DelRaspadoDeOllaAlRaspadoDeMuralla pic.twitter.com/XAWsKdCqae

Cacharon or #FirmswithCoca Marijuana and alcohol … I vote for Coca, La Fanta, La Bil and Pap, Sprite, La Chelas National and Foreign …. Let's all go to the udi …

Maradona is also one of those who are #FirmswithCoca pic.twitter.com/3zEeG7ENvP