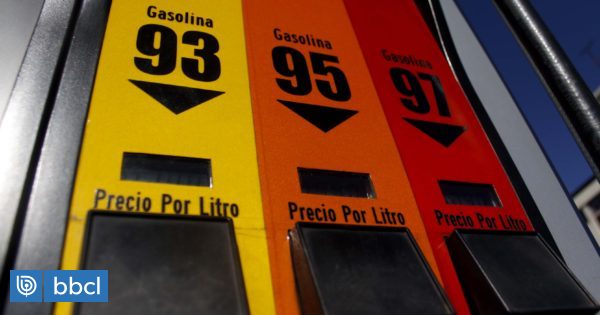 The National Petroleum Company (ENAP) reported on Wednesday prices that will record fuels starting this Thursday.

According to the state-owned company, since December 20, the 93 octane gasoline will fall -5.8 pesos, reaching 743.1 pesos as a benchmark, marking its ninth consecutive decline, returning to the prices it maintained in mid-August, before the long period of high.

O dieselOn the other hand, it will reach 564.7 pesos per liter, which implies -5.8 pesos less than the previous week.

Meanwhile, the liquefied gas (LPG) It will also increase slightly, remaining at 225.6 pesos per liter, as it will register a slight increase of 2.7 pesos compared to the previous week.

These prices will be applied between Thursday 20 and Wednesday 26 December. 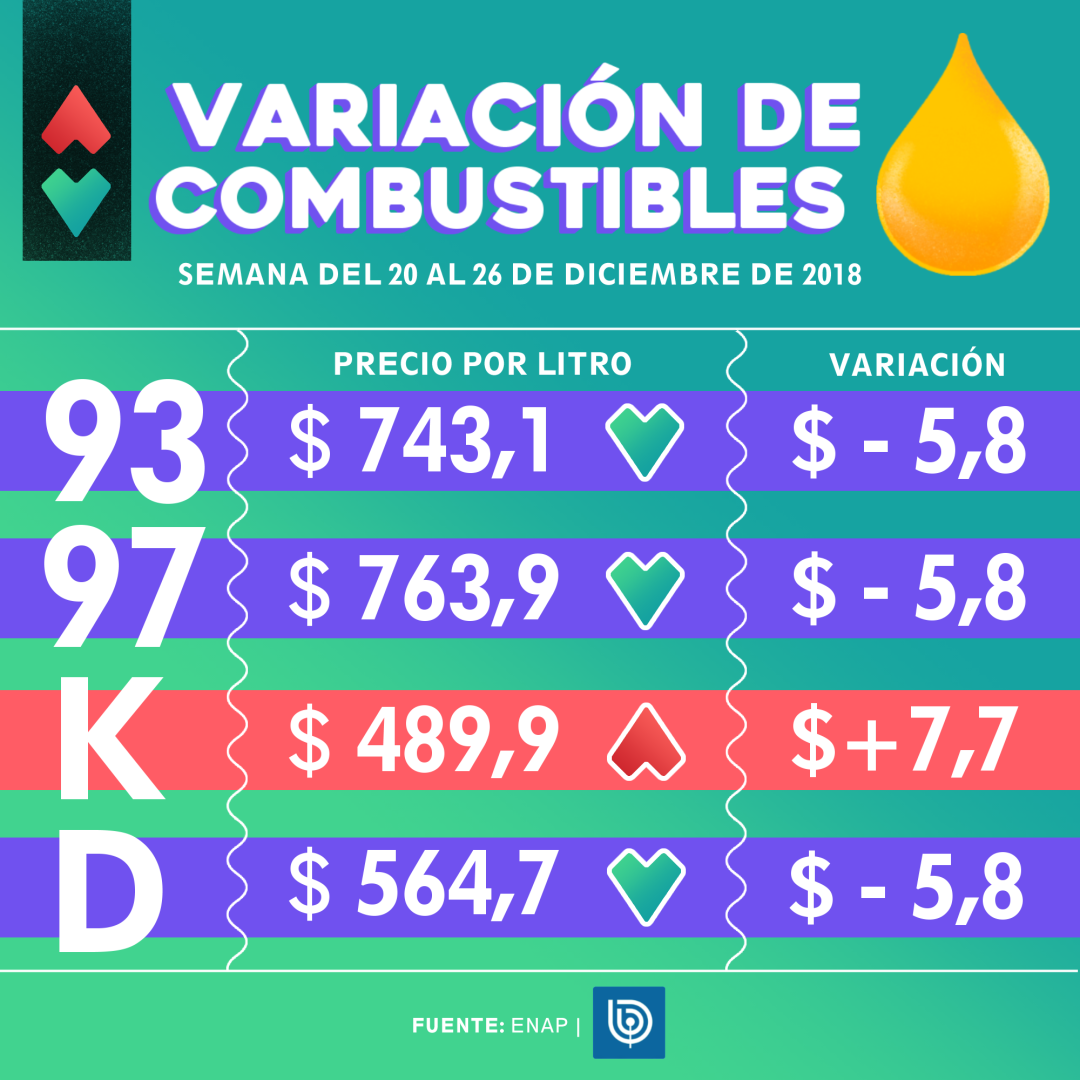 In this scenario, 93-octane gasoline will be nine-week low, with a cumulative drop of -51.6 pesos in that period, after the long period of increases that raised the price by 50.3 pesos in 10 weeks.

Meanwhile, 97-octane gasoline records its eighth consecutive loss, and already has accumulated a fall of -44.8 pesos after its massive increase of 43.4 pesos, which lasted nine weeks.