Without doubt the mega teleerie, Hidden Truths He goes through one of his most tense moments and apparently the intrigues will continue for much longer.

This is why viewers constantly begin to elucidate theories about what can happen. This was what happened last December with the photograph of a spoiler that circulated in the networks in which Amelia (Javiera Díaz de Valdés) and Agustina (Carmen Zabala) appeared together in the psychiatric ward.

They are right? Spectators predict the next character that will emerge from "hidden truths"

While at the time some thought that Amelia's character was in fact an impostor posing as Agustina, in Tuesday's chapter she clarified what is happening.

It turns out that Amelia began to remember her life as a child, when she came to live in the house of her adoptive father, Rodolfo Mackenna, and how much she loved him.

Moments later, a nurse came in to comb and talk to her. Amelia took a mirror in which she looked at herself, but did not see her true face, but that of Agustina, that is, Carmen Zabala.

So the doubts were cleared up, and apparently Amelia was so upset that she would continue to see herself with her old face and that would be Agustina's return. 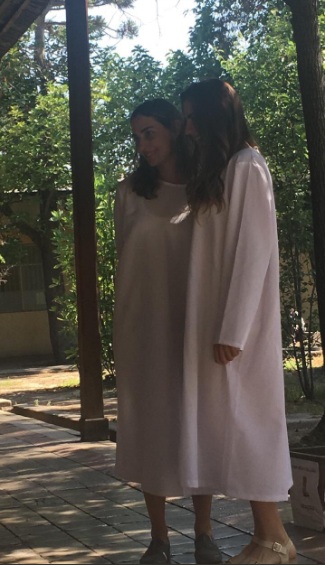