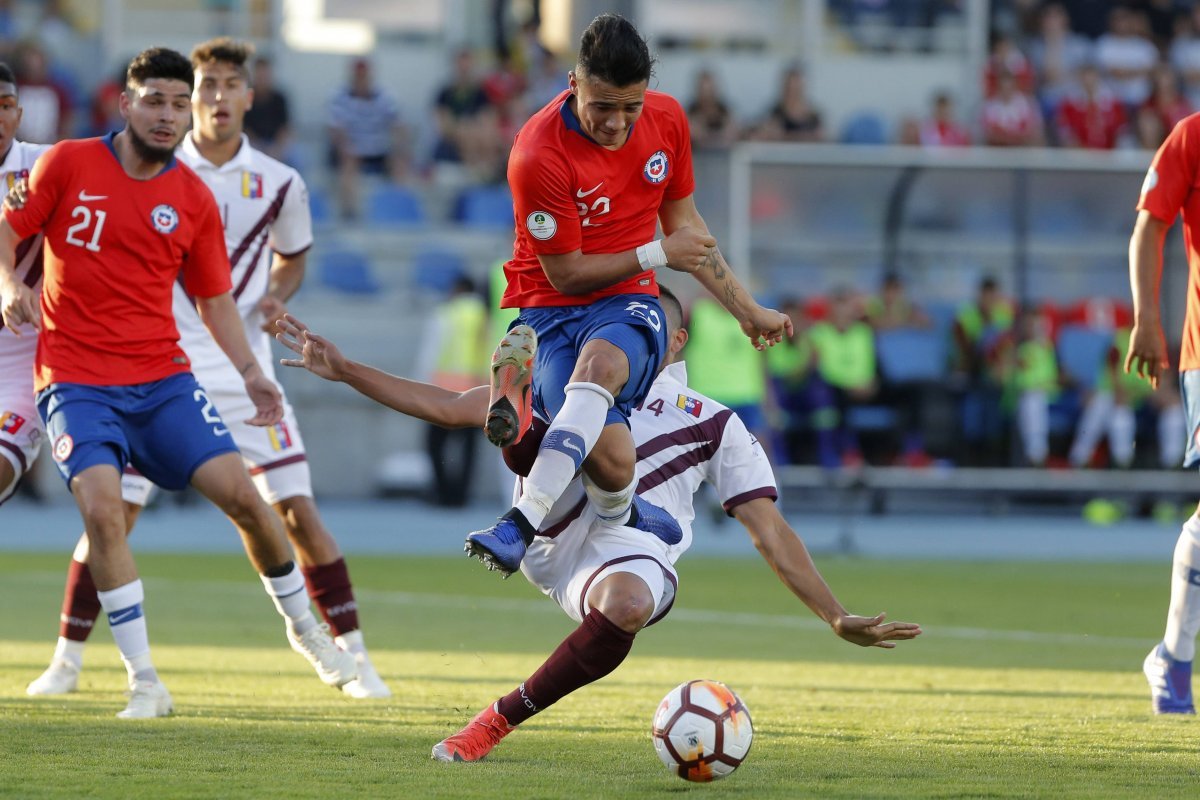 In addition to the disappointing defeat against Venezuela in the second South American Under 20, the Chilean national team was also in contention for a repudiable act carried out by defender Nicolás Díaz. When the game ended and Red was already 2-1 against the Llaneros, the defender had a confrontation with his rival Pablo Bonilla and treated it as "hunger".

The action of the Chilean player, considering the moment in which they live in Venezuela, brought the widespread repudiation and the Venezuelan and Latin American media did not hesitate to echo the and they called it "shameful." Indeed, many asked that Conmebol act ex officio to sanction the player after the insult he gave to his colleague.

Considering the commotion generated by his performance, Nicolás Díaz left to offer public apologies through his Instagram account and wrote:I want to tell everyone that what I said in the game I really do not feel. I and my family have many Venezuelan friends and I greatly respect all the people who have come to Chile to work and have a good life. "

That a player of The red they call you "DEATH OF THE HUNGER" and you respond with ? is great @SeleVinotinto EYE @CONMEBOL # SudamericanoSub20 Big Venezuela pic.twitter.com/1hcKOrjElV

"Yes I answered because I answered because Bonilla insulted me with something that is not worth repeating when I fell into that playand in the heat of the moment are things that happen on the court. I hope to see you all soon. campus of Venezuela at the stadium to greet them and solve this misunderstanding"added

Then he concluded: "Now, work to be able to continue fighting for a place in the hexagonal. I'm sorry for all the threats I received, that my family, my brother and my girlfriend received. I made a mistake because of things that happen on the court. and I hope that everything will be resolved soon. "

In addition, after this controversy, the player published an open letter that was posted on the ANFP website and where, among other things, states that "I deeply regret my reaction to Pablo Bonilla, and in no case intend to denigrate or insult the Venezuelan people , like millions of Chileans, I was fortunate to share with people who came from Venezuela to Chile and realized their human quality. "

An action that generated repudiation and that will certainly bring consequences to Nicolás Díaz, who, in addition to possible internal punishment for his attitude, can also be sanctioned by Conmebol.

Through this letter, I would like to express my sincere apologies for my reprehensible attitude toward Pablo Bonilla and the Venezuelan people during the development of the game between Chile and Venezuela for the U-20 South American.

I am aware of the long history of friendship between Venezuela and Chile. For many years, thousands of Chileans emigrated and were received in a caring and fraternal way. All the references I have to the countrymen who lived there are tremendously positive and tell of a beautiful country, which I have never tried to hurt with my sayings.

I deeply regret my reaction to Pablo Bonilla. In no case, my intention was to denigrate or insult the Venezuelan people. Like millions of Chileans, I was lucky enough to share with people who came from Venezuela to Chile and realized their human quality.

Without a doubt, this sad experience will serve me in my career as an athlete. Football players have a huge public responsibility. There are millions of people who see in this activity the reflection of values ​​as camaraderie, respect and, above all, fair play.

"Things that happen on the court, being on the court" is a saying that is used regularly in this activity, but it does not justify irresponsible attitudes and statements as painful as I did. I am convinced that football is much more than that. My behavior as a professional and public athlete should always be much more than that.

I apologize to Pablo Bonilla, Professor Rafael Dudamel and all his staff, the Venezuelan Football Federation, the Venezuelan people, the entire Venezuelan community that lives in Chile and, of course, anyone I felt offended by my sayings .

The next day, at the El Teniente stadium, I hope to personally deliver my most sincere apologies.