The rejection won in Venezuela: in the rest of the world, Chileans opted for approval by the National majority 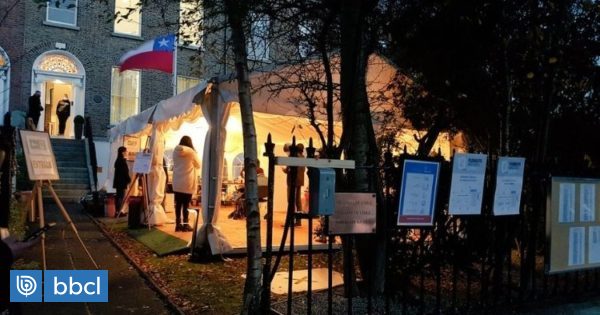 For the third time in our history Chileans abroad had the option to participate in the election which – without a doubt – will appear in all history books from now on.

According to official data from Servel, almost 60 thousand compatriots were allowed to pay from other parts of the world, of which 30,912 finally decided to participate in the Plebiscite.

In general, and in line with the national result, approval was clearly imposed abroad, reaching 82.17% of preferences, since the 216 organized tables were examined.

There were countries like Vietnam where the option to draft the new Constitution won with 100% of the preferences, although only 11 Chileans voted. Same situation as Morocco, where there were 4 out of 4 votes in favor of the Approval.

Inside New Zealand it also won approval with 93.33% of the 855 validly cast votes.

In the People’s Republic of China, with 156 votes, approval also won, although the election was tight. According to official data from Servel in the Asian giant, this option was raised with 50.64% after obtaining 2 votes more than the rejection.

In Latin America, leaving Chile out, option to write a new Charter prevailed, but with less slack, marking 72.60% of the preferences after counting the 12,382 votes.

In fact, on the continent There were five countries where rejection managed to prevail and break with the world trend.

Inside Venezuela 248 Chileans voted, of which 52.42% chose to reject a new Constitution. The “Approve” failed to seduce the country ruled by Nicolás Maduro, collecting only 47.58%.

The other countries where rejection won

We United Arab Emirates, with only 41 votes cast validly, approval lost by one vote reaching 48.78% (20 votes), thus winning the Rejection with 21 preferences marking 51.22%.

meanwhile in The Lebanese and with 17 votes counted, Rejection won with 64.71% of the total preferences.

The results in the USA

Inside United States won approval, but with a much narrower difference than in the rest of the countries where this option was imposed.

In North America 3,978 Chilean votes were counted, winning the option of a new Fundamental Charter with 62.87% of the votes, relegating the Rejection to 37.13%.

Inside the consulate of miamiHowever, 906 votes were received, of which 64.57% went to Rejection, while in the state of The angels Homologation was imposed with 70.77%, the same as for New York, where the latter option obtained 74.67% of the votes.