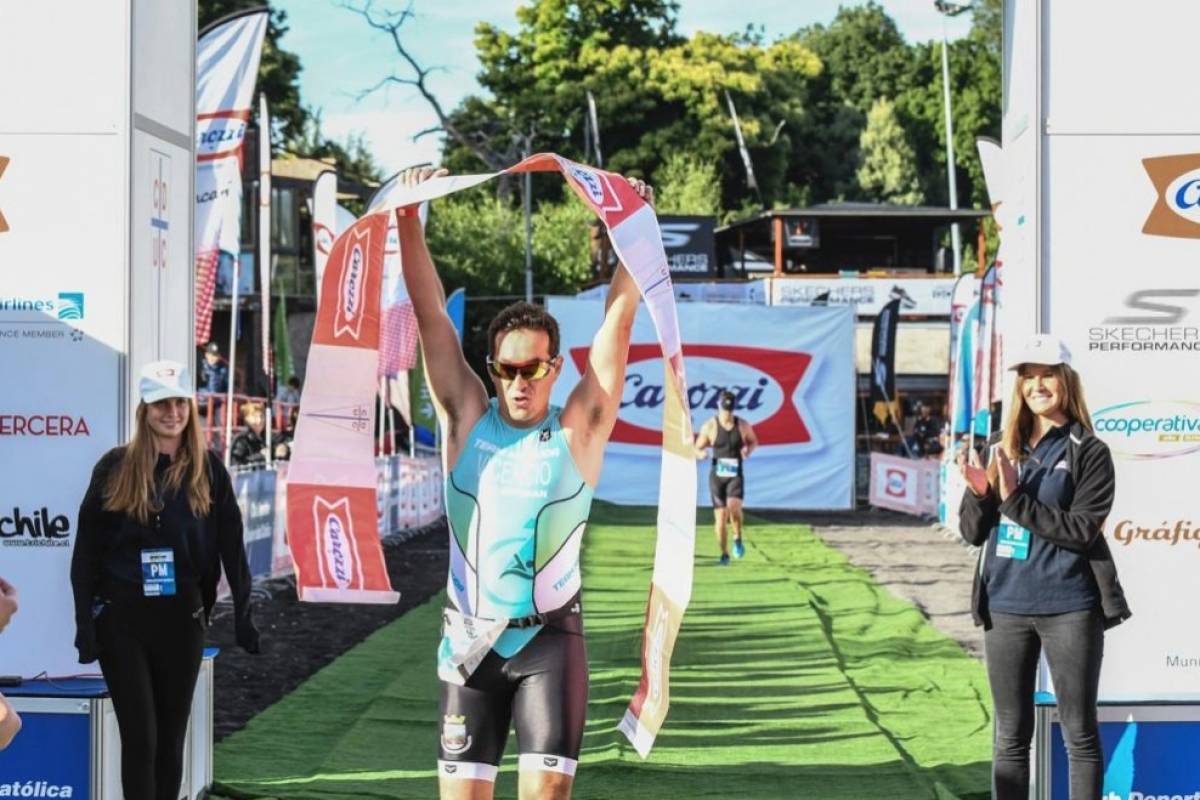 As on Thursday, good weather was still present in Pucón. A nice sun and adequate 11 degrees at 8 in the morning, was the backdrop for the Carozzi Promotional Race, which brought together a thousand amateur triathletes, divided into two sets of 500 athletes each.

Despite not being elite athletes, the participants left everything in competition, demonstrating the great sportsmanship that exists in Pucón, whose beautiful places and fresh air, sincerely invite you to play sports enthusiastically.

Like a good triathlon, the dive started in the waters of Lake Villarrica, where the athletes got to swim 375 meters, then continued with 10 kilometers of bicycle and finished with a trot through the streets of Pucón of 2,5 km.

The first group of participants, who started competing at 8 o'clock in the morning, had their first winners in a short time, shortly before reaching an hour, noting also the high level between them. The winner was Sergio Vicencio, of the Los Andes, which made a good time of 41:37:01. Monday arrived Daniel Ortiz,of Chillán, and third Freddy Albornoz, of Temuco.

Meanwhile in the second round, already with higher temperature and that began around 10 o'clock, the first place was for a local athlete, Agustín Guajardo, of Pucón, who registered the best time of the test with 37:44:01; apparently improving the time of the previous series winner. The second place went to Maximiliano Mazza, Villa La Angostura, Argentina, and the third place to Vicente Torres, of Purranque.

After the men, it was the turn of the women. The Santiago Paola Castelvecchio made a time of 41: 38: 7, to be in first place. He was seconded by his compatriot, Carmen Gloria Muñoz, while the third place was for the native of Chillán, Nicole Echeverría.

Famous in the competition

As is traditional in this type of competition, there were famous people competing. Although they did not win victories, they had a lot of support from the audience that witnessed the event, in the streets of the city.

One of them was the conductor of the La Red channel, Eduardo de la Iglesia, who in the previous days said that "what motivates me is to do a test where you can go with family and friends to a party. that I love and makes me happy. "

Another of the registered in this promotional race, was the actress and teacher, Isidora Urrejola, sister of the also actress, Fernando Urrejola. There was also the journalist Gustavo Huerta.

All those mentioned managed to finish their respective challenges, physically whole and happy to overcome a great goal for them.