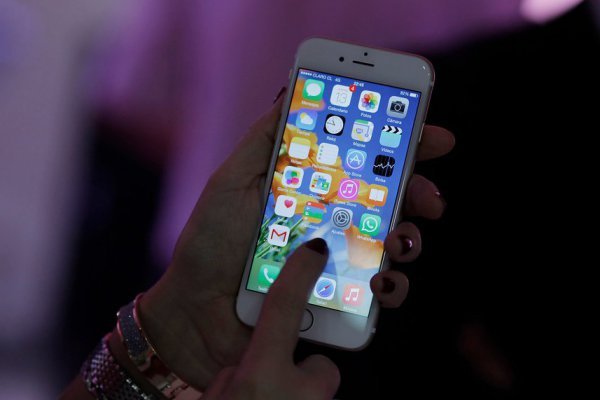 The arrest of the Huawei administration draws attention to the growth of Chinese companies in other markets, so much that it is already outperforming classic American companies.

Chinese smartphones have started gaining market share in the past two years. In fact, in the list of the top five manufacturers of this 2018 Huawei outperformed Apple and came in second, just below Samsung – according to the IDC report after the second quarter closing.

This Chinese company – which now sees one of its main executives and daughter of the founder of Huaweiarrested in Canada has 15.8% of the market, which means a growth of 40.9% in the last 12 months. In the list of the first five appear two other companies of the same origin, Xiaomi and OPPO, which outperformed "giants" like LG, HTC and Motorola.

Huawei is not the only one with problems in the big country of the North: Xiaomi has to get around issues of licenses and patents. In addition, the company indicated that they expect to sell cell phones in 2019, despite selling accessories since 2015.

How did the cell phone miracle happen inside the Great Wall?

One of the best known reasons is the Low labor cost In addition to this is added that companies such as Xiaomi, Huawei and Meizu manufacture internally, while Apple and Samsung depend on Chinese suppliers such as Foxconn.

On the other hand, the hardware is very good but not tip. For example, on chips they choose a Mediatek instead of a Qualcomm because they are cheaper and are manufactured in China. In the past, the screens were Japan Display or LG, cheaper than an AMOLED, as explained by the website Androidpit. Anyway, in the latest releases this has been changing and, for example, Huawei comes with first-line cameras and Xiaomi increasingly improves its offerings, although maintain a strategy of mobile beginners like the M1 of the latter.

Another big plus is that prefers to sell their products through e-Commerce -The case of OnePlus is paradigmatic and has generated many fans around the world, which allows to reduce the price because great distribution costs are avoided.

In the same vein, the Chinese save on Marketing: while the big brands have huge events to attract attention as brands like Xiaomi – one of the most successful at the moment, and the hassle of going public: $ 100 million and is just over $ 50 million. bet on social networks and word of mouth. One last piece of information in this regard: manufacturing is limited and that means that if it is not achieved at launch, it will not be achieved later; For example, the Xiaomi Mi4 sold out in 37 seconds when it was released in 2014.

However, when it was launched in the global market, Huawei decided to incorporate a spokesman like Lionel Messi to reach markets like Argentina, as well as an exhibition in the shirt of the Boca Juniors. But as he decided not to manufacture in the country, with the dollar high in recent months his position in the local market suffered. Now they are thinking of partnering with local manufacturers and also maintaining an aggressive corporate and government sales strategy for network hardware.

Xiaomi's hardware division revenue never exceeds 5 percent, while Apple is always looking for a 30 percent to 40 percent increase in revenue, such as charging cables or fabric costs. the Apple Watch.

On the other hand, in the case of Huawei, there is a strategy focused on research and development, for which they spend $ 12 million on 16 R & D centers. There they developed quality cameras, the first processor with artificial intelligence and batteries.

The clearest example of a broad growth strategy It is the Xiaomi, which sells even shoes, but also smart watches, appliances like washing machines. The hardware gives this company 21% of its revenue, while 63% comes from smartphones. In addition, always talking about this company, Huawei, in turn, sells smartphones, tablets, wearables, devices for the home and services in the cloud.

Xiaomi also markets as many services as advertising that generate between 4 and 9% of its total revenue. And in India, along with an entity called KreditBee, gives personal loans to those people who have their computers that use their own operating system MIUI – a "retouched" Android -. The interest rate is 3% per month and the amount must be returned within a time period ranging from 15 to 90 days.

The cheap is expensive

In the middle of this year, a Kaspersky Lab report found that some "low-cost" computers come with pre-installed malware that can display the user's ads without the possibility of avoiding them or collecting personal data to sell them to third parties ( or combine intrusions to show ads based on your data).

Likewise, a pre-installed Trojan was found that allows criminals to bring advertising on the operating system to devices of relatively large developers such as ZTE, Archos, Prestige and myPhone. In another investigation, OnePlus and BLU smartphones were found to have pre-installed spyware that collected confidential personal information, sent to the manufacturers' servers.

To make matters worse, most of the manufacturers involved appear as partners checked on the official Android website; which means that pre-installing malware is an increasingly common practice.

"Since phones contain more and more personal information, even those that are considered confidential, it is important that users make a choice not only on the basis of price, but also on security and privacy. A surprisingly cheap smartphone can be more expensive when the manufacturer installs malware that displays advertising, which shares confidential information with third parties and interferes with the intended operation of the device, "said Santiago Pontiroli, security analyst at Kaspersky Lab, Infotechnology.

In that sense, another research, published by Avast, mentions that they could find the malware installed at the factory on more than 100 models of low-cost brands such as ZTE, myPhone and Archos, which are available in more than 90 countries. that this type of practice extends to all countries.

Meanwhile, returning to the issue of the daughter of Huawei founder Meng Wanzhou, who is detained in Canada, the US court suspects that at least since 2016 the Chinese company has shipped products originating from the US to Iran.