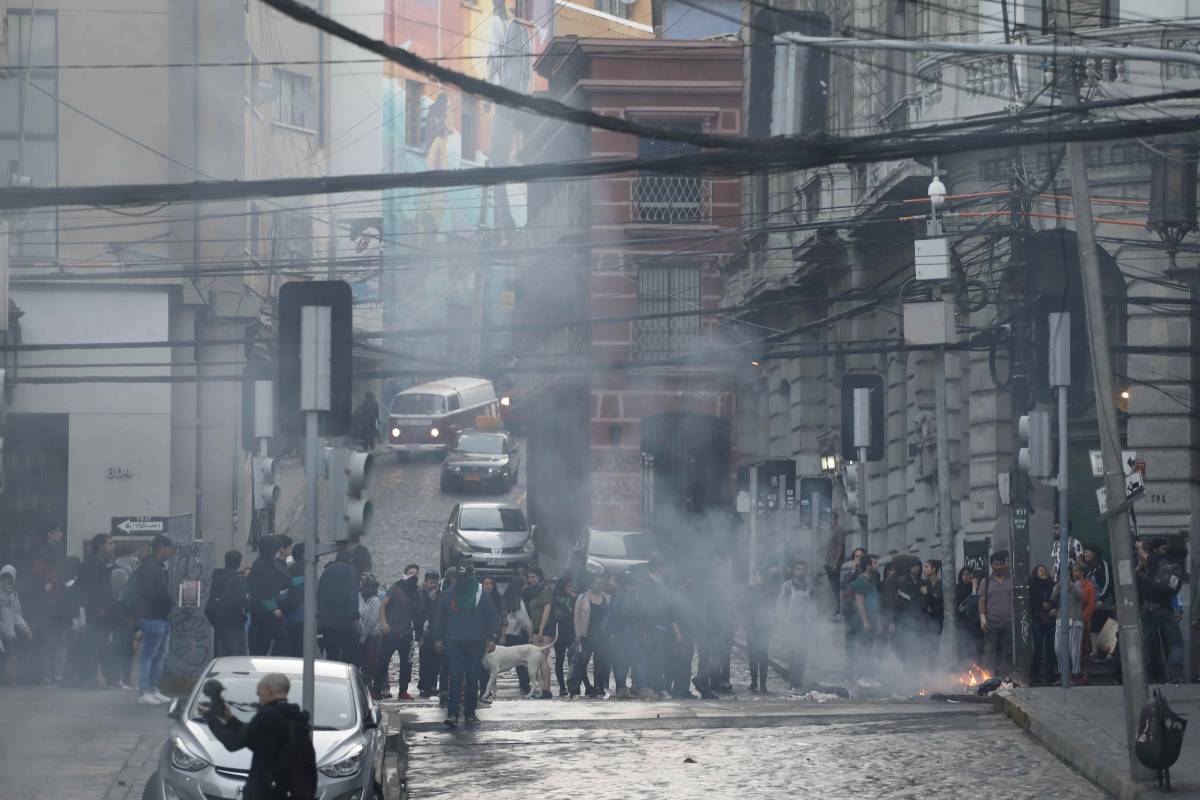 Despite the negotiations that took place in the capital between the representatives of the port workers and the ministers of Labor and Transport, in Valparaíso there was a new day of violent protests.

"The strike does not end until we reach an agreement. Tomorrow we will meet him in assembly at noon. Today, other ports in the country are supporting Valparaiso," said workers' spokesman Pablo Kimpel, who underlined that the document prepared with the ministers is only a pre-agreement.

"The points of the agreement involve a loan from the company and a supplement to the government through courses and training, which is also an economic issue," he said.

Meanwhile, in Valparaiso, at least five points were recorded in demonstrations and barricades, where hooded groups confronted the officers of the Special Forces of the Carabineros de Puerto.

In the port district, at Plaza Sotomayor, a large group of demonstrators had a hard encounter with a police patrol, those who had to use tear gas and the car launches water to disperse them.

The government and the regional stewardship, besides the city hall of Buenos Aires, are evaluating the damages to the public patrimony, as well as the scopes of certain facts of delictual character, like robberies during the demonstrations.