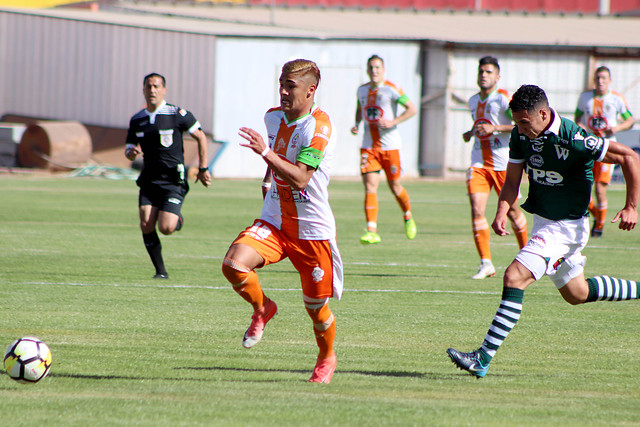 The preseason has moved on Colo Colo. The Cacique who is concentrated in Buenos Aires, product still stirred, in this case, case Juan Carlos Gaete (22).

The Cobresal striker came to reinforce the cast of Mario Salas, however and although not even debuted, his signature was transformed in a series of real terror to Macul's leadership.

The young top scorer who signed for the next four years with the albos at the beginning did not travel to the preseason, so he did, had a meeting with the coach, but returned to Chile the same day. Since then many rumors have surfaced about his absence, among which are picture of possible depression, family problems or that "fame" hit him.

Read too: Juan Carlos Gaete, the reinforcer who did not travel to the preseason and eliminated from his Instagram for the Colo Colo

This January 9, however, one theory began to take more force than others and says that he got involved in an argument with the experienced flyer, Jorge Valdivia.

According to Radio ADN, the "Mage" would have said that he looked like Nelson Mauri, who was the "last louse" and Emol adds that they even questioned him about his girlfriend. These reasons were enough for Gaete to get tired and did not want to take a trip and join his teammates in the locker room.