The mood of Altoyoyo in Olmué shared the public's opinions 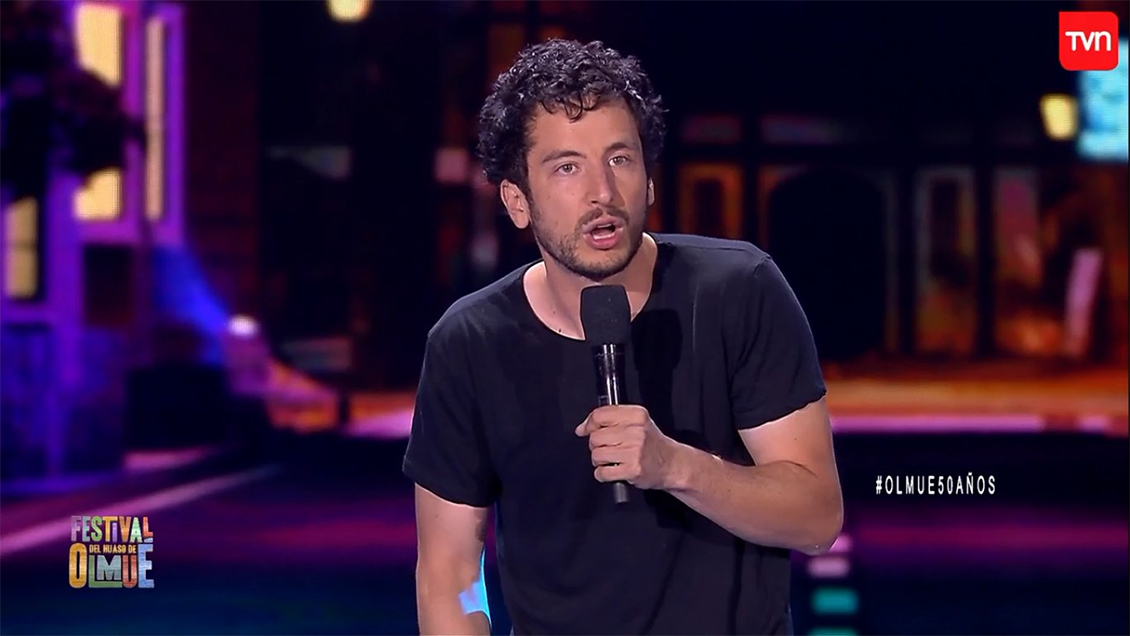 "Forgive the daily life of history", was the phrase that most circulated in social networks during the presentation of Rodrigo Vásquez, Altooyoyo, the first comedian to appear at the Huaso de Olmué Festival in 2019.

And is that the comedian toured different passages of his own experiences to get laughs in El Patagual. From confrontations with criminals, the fear and even the repetition of the course were material for Vásquez's routine.

The complex moment came from the hand of a small interruption that made the "bar" that came to see the concert of Guachupé. Altoyoyo's nervousness was evident in his face as the band's fans raised their voices to sing a harangue.

Luckily, Vásquez recovered and was able to take his routine, avoiding even some errors that emanated from the gallery.

Nothing prevented TVN will triumph in the public, while Altooyoyo he was on the stage. The signal of the state was on average 17.1 points during the routine, with peaks of 18; overcoming Chilevision which remained in the 10 units and Mega which averaged 9.1.

But the division spread to Twitter. While some or accused of repetitive, "neither funny nor hungry," he commented. While others were more lapidary: "Even the meruane is more fun".

These were some of the comments:

Altoyoyo is not funny or hungry … I'm 80 years old

Even meruane is more fun Olmue50Anos

He listened badly or said "sorry for the daily thing of history" "FORGIVENESS THE DIARY OF HISTORY" ??♀️??♀️ @FelipeAvello Dehesa or that shawl ?? I'm 50 years old

Olmue50Anos bad humor
People have a lot of patience.
It seems that he got up to act.

As much as the public and in other times it took all the fair the comedian. I'm 50 years old

This is not because I say scribbles, because we all say and this does not make us common, it is that he abuses Chuchá and worse still does not say it to complement his jokes in the auctions, in a nutshell … More hungry career spongeI'm 50 years old

To the weones that say altoyoyo copy Avello, I warn you to get up. Comedy is like this. It's a good thing they do not go to bars or go through bugs and tell everyone a copy of Avello I'm 50 years old

This low level of humor..50 years worthy professionals, for amateurs of the neighborhood festival like high yoyo I'm 50 years old

The audience only laughed when Altoyoyo says scribbles, because his routine is right I'm 50 years old

I'm 50 years old
Do not tell me that this hunger is coming off the international TV signal. (I.e.

With this routine … what are you going to show tomorrow morning ??? (I.e.I'm 50 years old

This is bitter, I laughed so much hahaha I'm 80 years old

Maybe it's not my favorites, but #altoyoyo has good laughs and brave after trujillo boy and before guachupé?? #FestivalDelHuasoDeOlmue

Is it my idea? Or are you copying Felipe Avello? Mmm #altoyoyo I'm 50 years old pic.twitter.com/lkZquZKxLV

He was already a compadre. Descend with dignity I'm 50 years old