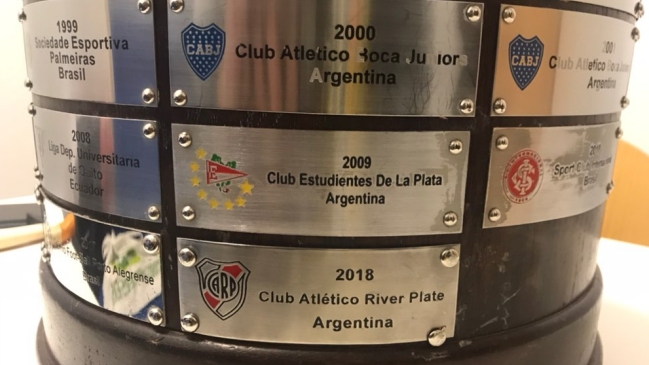 A curious situation occurred with the Copa Libertadores trophy after the consecration of River Plate as new champion, since Conmebol, in the eagerness to decorate the "millionaires" like new monarchs, wore a trophy tired and messed up.

This can be seen in a photograph published by the Twitter account of the Copa Libertadores, which showed how the plate of the 2009 Estudiantes de la Plata champion presented the team as "Students"

In addition, above, the Boca Juniors distinction can be seen with several cards drawn due to poor maintenance

Check out the bad state of the distinctions of the Copa Libertadores:

? Once again the name of @CarPoficial on the trophy! pic.twitter.com/vG5zxAzcS7