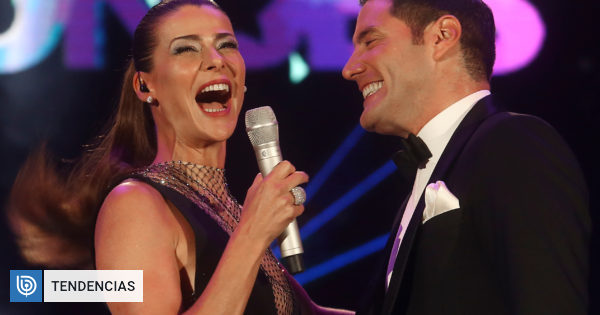 Tonight's second version of Festival of Las Condes, which has national and international artists.

At 10 pm, the free event began, for which participants had to withdraw their tickets before registering on the Internet.

In a timely manner, and as established, the animators -Tonka Tomicic and Francisco Saavedra- They took the stage to open the festival fire.

Soon the thousands of attendants asked that they both perform the "kiss", which has already become a whole tradition for this type of events.

Later the couple performed the first night show. This is the Mexican duo Jesse & Joy, who won the audience thanks to their romantic themes.

It should be noted that one of the aspects that most generated the event was related to the looks that would present the cheerleader of the event.

As you can see from the images in this note, Tonka was seen in a dark sober dress that included an elegant neckline, a costume that was praised by those who accompanied the broadcast.

It should be noted that the Las Condes Festival will continue on Friday with the Emmanuel, Melón and Melame and Américo.

For their part, on their third and last day of Saturday 12, they will do the same Prince Royce, Fusion Humor and Augusto Schuster.