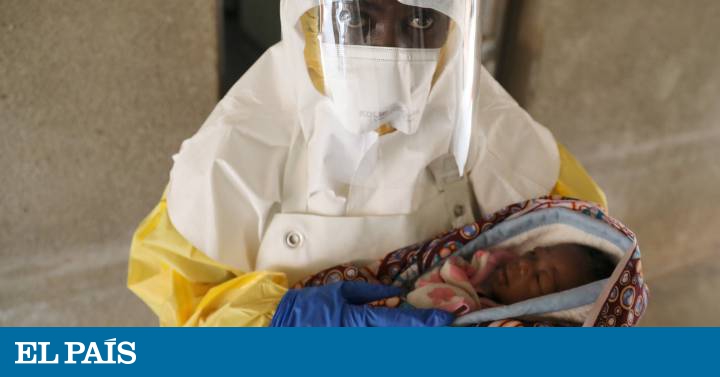 The Ebola epidemic that has affected the Democratic Republic of Congo (DRC) since August 1 has already become the worst in the entire history of the country and the second in the world, after which it affected West Africa in 2014-2016. According to data from the Congolese Ministry of Health on Sunday, the current outbreak has already reached 489 cases and 280 deaths, overcoming the 1976 epidemic, when 318 people were sick, and then equating the number of deaths

The current outbreak has been declared in the North Kivu region and has been extended for the time being to Ituri, areas where different armed groups have been operating for decades in an endless conflict, making it difficult for health personnel to reach many. mobility. "The circumstances of this epidemic are different and make it very complicated. My feeling is that if things do not change, it will last between six and nine months," says Luis Encinas, a Spanish nurse and Ebola specialist at Médicos sin Fronteras, who has returned there three weeks of the affected area.

It was precisely on Thursday that there were two armed attacks that killed 18 civilians in Beni, very close to the epicenter of the outbreak, and were allegedly committed by the radical Islamic militia Allied Democratic Forces (ADF). Armed incidents and kidnappings are very common in the area. Last November, the Army and the United Nations Mission in the DRC Brigade launched an offensive to try to destroy the camps of this armed group, which has led an insurgency in this country and Uganda for 23 years. .

After the epidemic was declared, the Government and the international community reacted relatively quickly and mobilized personnel and resources for the affected area. In fact, for the first time, the application of several experimental treatments was combined with a comprehensive vaccination campaign that reached about 42,000 people, according to Congolese Health Minister Oly Ilunga last week. Nonetheless, the refusal of many communities to declare cases, vaccinate or transfer their patients to treatment centers only complicates things further.

"We are not in the epidemic of 2014, which arose in an area where people moved a lot from one country to another, but it would be catastrophic if they jumped to Goma or refugee camps in South Sudan. "In addition to the insecurity and shortcomings of working with communities, which is the cause of the population's refusal to receive medical care, the MSF specialist adds three other key factors:" There is a high density populations in cities such as Beni and Butembo, have never before had an epidemic of this disease here and the health system is very fragile, weak and this means that, for example, health personnel protection standards are below acceptable minimums A total of 44 health workers have been infected and 12 have died, according to ministry data.

The worst Ebola epidemic in history was declared in late March 2014 in Guinea and quickly spread to Liberia and Sierra Leone. After two years and after having also arrived in Mali and Nigeria as well as isolated cases in Senegal, Spain – where nursing assistant Teresa Romero was infected – and the United States was closed in 2016 with a total of 28,646 infections and 11,323 deaths.