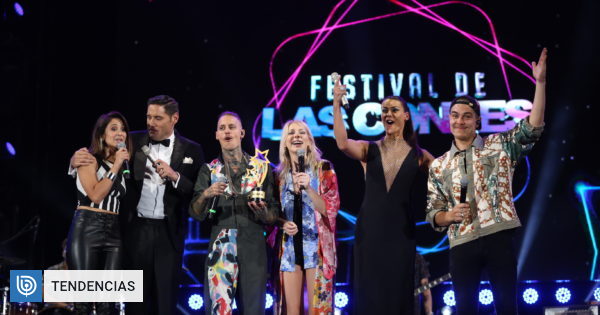 This Thursday, the first day of the Festival of Las Condes, which was broadcast on Channel 13. The event gathered nearly 25,000 people in Padre Hurtado Park.

The night came out with all the romanticism of Jessie and Joy, followed with the humor of "Pastelito de Chile" and ended with Kudai, which swept on Twitter, but for a curious detail on the jacket of one of its members.

It turns out that the clothes he took Tomás Manzi had the marked face of a woman who became viral after an interview where she talked about groups like "The Calilas and the Mojojojo".

In the musician's jacket you can see the woman's face, but in the body of the painting A, Mona Lisa, an image that is also very popular in social networks.

It was the popular Twitter user who caught the moment and shared it on social networks where he immediately caught the eye of the viewers.

Check out some reactions here

Let's talk about the jacket. pic.twitter.com/KJTad9aAst

In short, the best thing about Kudai's show was Thomas's jacket. #FestivalDeLasCondes

Did you see the back of Tomás de Kudai's jacket? Please tell me yes, it's great. #FestivalDeLasCondes

This Friday, on the second night of the Las Condes Festival, will be presented the Mexican Emmanuel, the duo Melón y Melame and the singer Américo.