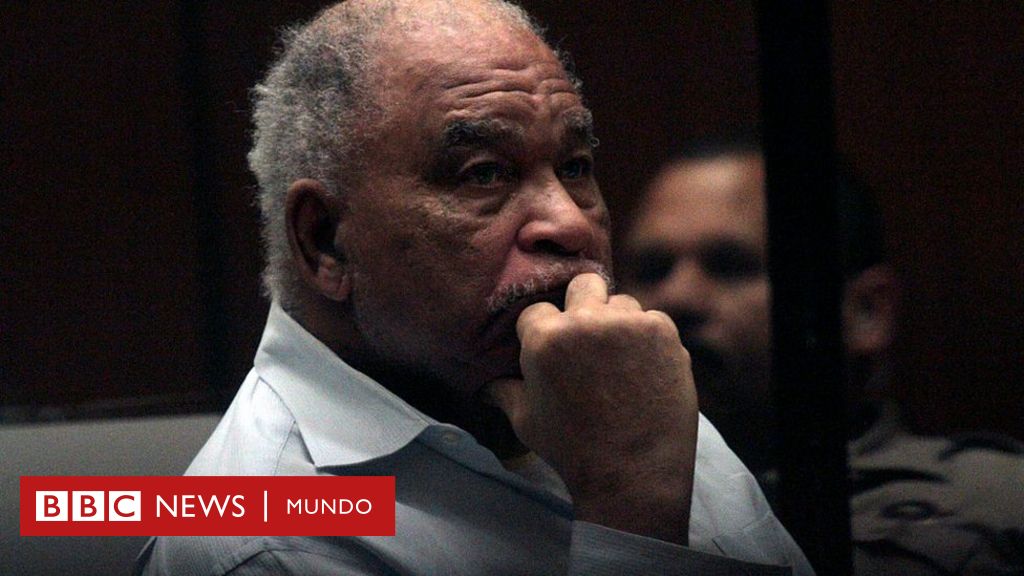 His name is Samuel Little, but for seasoned detective Tim Marcia, this 79-year-old man "is pure evil."

The American, sentenced to three life terms for the murder of three women in the Los Angeles area, is currently in a Texas prison from which he has decided to talk about his criminal past.

Little affirmsthat killedat least 90 people in between 1970 and 2013, a confession that, if true, would make him the convicted serial killer with more victims in the modern history of the United States.

"Believe it or not, you only see evil a few times in your career," Marcia, of the Los Angeles Police Department told the newspaper The New York Times.

"Looking into his eyes, I would say he was pure evil," he said.

And the amount of details about the murders Little claims to have committed, mostly against women, has stunned detectives, police and prosecutors.

"He is afraid of the clarity he has about certain things after all this time. Remember names and faces, "Detective Michael Mongeluzzo of Marion County, Florida, where one of the murders confessed by Little was reported, told the paper.

So far researchers across the United States have found evidence that linked to Little in nine murders of all his confessions.

Many unresolved cases that were filed in at least 14 states of the entire US are being dusted off in the light of this man's revelations.

Little is imprisoned since 2013 in Los Angeles for the murder of three women between 1987 and 1989, crimes for which he is serving three life sentences.

But last July, DNA tests confirmed their involvement andn the death of Denise Christie Brothers, so he was transferred to Ector County Prison in Texas.

There, a detective identified by the newspaper The Washington Post as James Holland gained Little's confidence and made him talk about his crimes of the past.

The exboxer amassed a hundred arrests for crimes such as kidnapping, rape or armed robbery for five decades.

She managed to get out of jail "over and over," said Beth Silverman, the Los Angeles prosecutor who won all three sentences against Little.

Confessions show that Little had as victims mostly women, many of them poor or addicted to alcohol or drugs, according to the researchers.

Cases of such victims often remain unresolved in the United States, which may have contributed to Little's impunity for years.

The strangulation, your brand

According to the sources cited by The Washington Post and The New York Times, the man gained the confidence of the women, beat them, abused them and strangled them to death.

Prosecutor Beth Silverman pointed out The New York Times that sexual motivation was what moved Little, but added that the man is offended if someone calls him a rapist.

Little said he has erection problems, but prosecutors found semen in the bodies and clothing of victims.

"The way you get the sexual satisfaction is during strangulation"Silverman told the paper.

One of the cases that Little recently confessed is Melissa Thomas, of 24 years, whose naked corpse was found in 1996 in a cemetery of Opelousas, Louisiana.

He said he met her on the street and invited her to take drugs. They parked next to the cemetery and when they were having sex in the backseat, he began to caress her neck.

"Why are you still touching my neck? Are you a serial killer?" She asked, as Little told the detective in the case, Crystal LeBlanc.

Little then became enraged and decided to kill her.

For LeBlanc, it was impressive how Little remembered names of streets, bars and the location of the cemetery of the small church of Opelousas.

The man used his strength so much that one of his victims hit the abdomen suffered the rupture of the spine.

Randy Kraft said he killed at least 65, but is in prison only for the murder of 16.

"When we finish, we anticipate that Samuel Little will be confirmed as one of the most prolific serial killers in US history," said Bobby Bland, the county attorney for Ector County, The New York Times.

The questioners agree that Little shows no signs of remorse, which tells everything in detail, such as where he left the body of each woman years ago.

According to detectives interviewed by the press, Little speaks with enthusiasm about his crimes and even laughs when he remembers details. It is a charismatic psychopath ", they say.

Sergeant Mongeluzzo asked how he had managed to avoid being captured: "I can enter my world and do what I want to do," Little replied in reference to poor neighborhoods with drug problems.

Detective LeBlanc said, "God made me this way, so why should I ask for forgiveness?" According to The New York Times.

"God knew everything he did""he added.

The hope of her and other detectives is that dozens of archived cases see a solution now that Little has decided to talk about all his past.

You can now receive notifications from BBC News World. Download the new version of our app and activate them so you do not lose your best content.