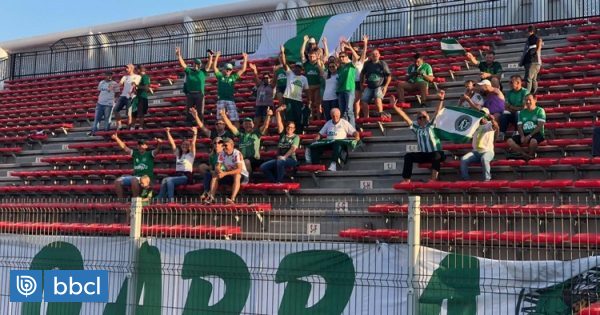 A handsome and moving gesture that will surely go around the world.

This afternoon the partisans of Union La Calera in the Nicolás Chahuán stadium, in the pre-match against Chapecoense for the South American Cup.

The hosts even stood up to applaud their rivals, as evidenced by the video captured by Bío Bío Sports.

Recall that Chapecoense has gained the & # 39; global affect & # 39; of soccer after the plane crash suffered in 2016, in which practically the whole squad died, with the exception of three players.

At that time the Brazilian team moved to Brazil to face Atletico Nacional for the final of the South American Cup. However, the lack of fuel caused the tragedy.