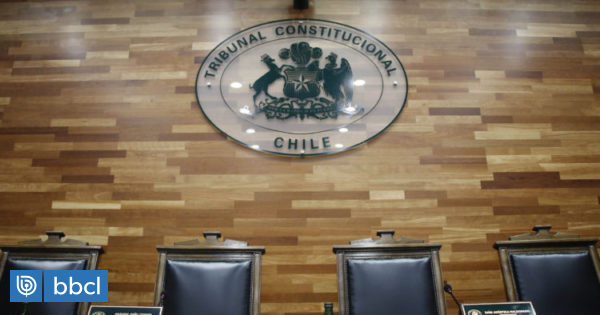 The afternoon of Wednesday Constitutional court (TC) accepted the requirement of unconstitutionality presented by Chilean parliamentarians, we are referring to the use of the surplus Solidarity Fund by the universities that make up the Council of Rectors.

Specifically, the CT declares unconstitutional that the surplus amounts of the Solidarity Fund are used for purposes other than those of the financial instruments.

Therefore, they can not be used for infrastructure problems, nor for shoveling the deficit generated by Gratuity institutions of higher education, just as the Universities intended.

Likewise, the requirement that the pro-government parliamentarians present before the CT also sought to restrict the reserved funds of the Carabineros approved in the Budget Law of 2019 processed last year.

In relation to the latter, the TC declared unconstitutional the way in which Congress eliminated these resources from the Budget Law, therefore they will not be automatically replaced, but the government must process a short law.

In favor of accepting the request of the parliamentarians of Chile We were the president of the TC, Iván Aróstica, the minister Juan José Romero, besides the minister María Luisa Brahm and the ministers Cristian Letelier, José Ignacio Vásques and Miguel Angel Fernández.

While those who They considered constitutional The contested glosses, in the terms in which they were dispatched by the National Congress, were the ministers Gonzalo García, Domingo Hernández and Nelson Pozo, in addition to the Minister Maria Pía Silva.

The TC said that on Jan. 22 it will read the ruling and the decision will be announced.