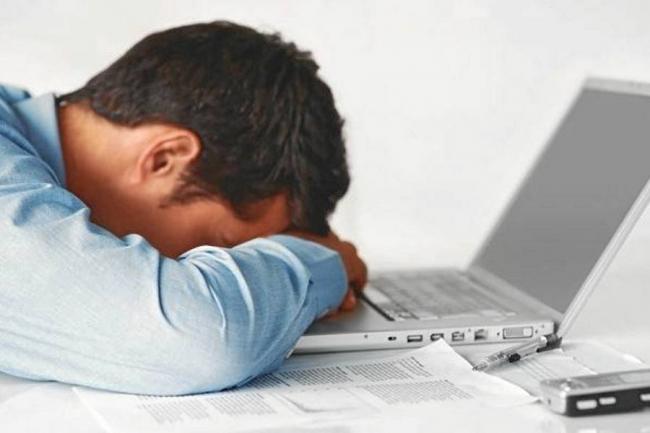 According to one study, chronic fatigue syndrome, a condition that causes extreme tiredness, could be activated by a hyperactive immune system.

Researchers from the UK have discovered that An exaggerated immune response can trigger prolonged fatigue, suggesting that this is how the condition begins, also known as myalgic encephalomyelitis or MS.

The study, published on Monday, is the first to shed some light on the role of the immune system in the development of the disease, a multisystemic disorder of which very little is known, according to lead researcher Carmine Pariante, a professor of biological psychiatry at King's College in London.

Limited information so far has caused treatment is a challenge.

Pariante explained that in many cases of chronic fatigue, patients remember an infection, such as a very serious cold or other viral infection, in the early stages of the disease.

Read too: Drug addiction and depression at the end of the year: How to help people who suffer during these dates

"We had this information for some time, but we did not know what was happening in the body of these patients," he said.

According to the UK organization Action on ME, 250,000 people in the UK and 17 million people worldwide are affected by chronic fatigue. It is estimated that 836,000 to 2.5 million Americans fight the syndrome, according to the US Centers for Disease Control and Prevention. (CDC, for its acronym in English).

To try to get more information on the subject, the team modeled a possible pathway for the condition based on a treatment for chronic hepatitis C infections, called interferon alfa, because it is known that the treatment induces persistent fatigue in some people.

The study explains that interferon alpha affects the immune system in a manner similar to a strong infection.

Patients were monitored before, during and after hepatitis C. Of the participants, 18 patients, about one third, developed lasting fatigue, defined as fatigue that lasted more than six months after treatment.

Read too: Healthy food recommendations during the holiday season

The group with long-term fatigue also experienced a greater immune response, This is demonstrated by the doubling of levels of messenger molecules of the immune system interleukin-10 and interleukin-6.

Immunological markers were measured with a blood test during the study.

The team also observed higher levels of these molecules in these patients before the start of treatment.

"What these data strongly suggest is that people who develop chronic fatigue syndrome in response to an infection do so because your immune system is ready to react excessively "explained Pariante.

It is unclear why a person's immune system may be prepared to react hyperactively, but genetics may be a possible reason, he added.