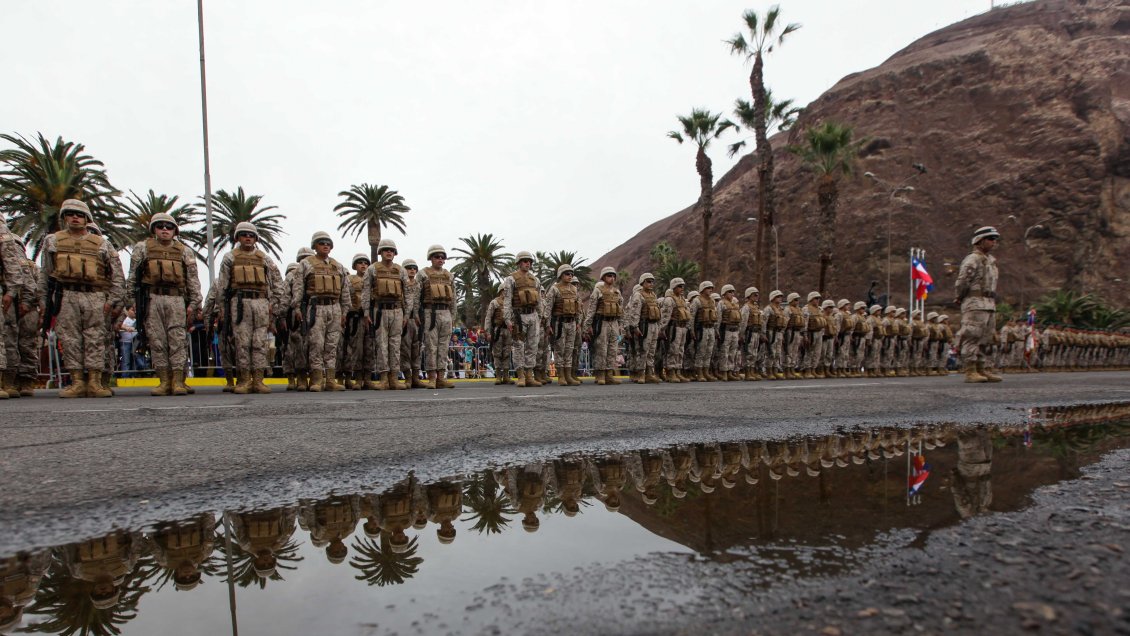 a troop of soldiers of the 1st Army Brigade "Coraceros" of Arica He died the night of Monday after jump to the empty top of El Morro.

The incident occurred around 8:00 pm when, for reasons still under investigation, Agustín Nicolás Fernández Molina, of 20 years and belonging to the military camp "Azapa", fell at the foot of the rock, dying of instantaneous way.

Carabineros and, later, the personnel of the Homicide Brigade of the PDI went to the place, by instruction of the prosecutor of call Carlos Eltit.

The Army officially reported what happened in a statement in which it indicated that Fernandez threw himself from Coma Morro in "being out of business hours".

"The circumstances are still under investigation, therefore, according to the provisions of the Law, the fact is being investigated by the competent court, referring to the police the corresponding process, until now unknown the causes that would have taken (Agustín) to make that decision, "said the military institution.

While the mayor of Carabineros, Patricio Martínez, explained that "it is taken into account that, apparently, there is an accident caused by the fall of height in the Morro de Arica". Once established the team of Carabineros, it turns out that there is a person apparently lifeless, which is isolated from the place of the event, are called the staff of SAMU, who confirm the death of that person.

This incident occurs less than 10 days after the Iquique Army Cavalry SchoolThe recruit Marco Velásquez González (18 years) He will kill two uniformed men before taking his own life.

The incident caused consternation and opened a debate on the psychological health situation of the conscripts, the protocols of entry into the Army and the treatment given them within the military institution.