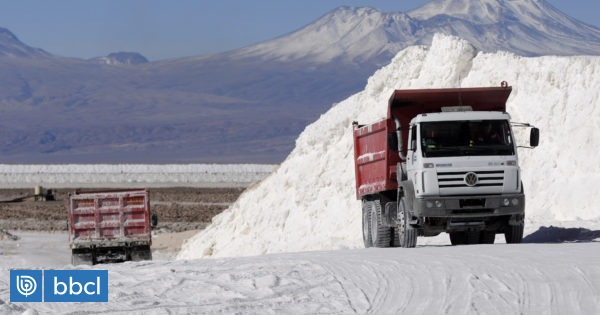 The Superintendency of the Environment (SMA) Compliance Program (PDC) presented by SQM Salar S.A, which will force the non-metallic miner to initiate environmental impact studies for some of its mining operations in the Salar de Atacama.

With that, Soquimich managed that the superintendence of the subject suspend the sanction process this was against him, due to a series of violations derived from the processes of lithium exploitation in the Salar de Atacama.

This, since the auditing entity had initiated a lawsuit against the miner two years ago, which culminates with the approval of the compliance plan.

The planned plan will a cost close to US $ 18 billion according to the information provided by the Superintendent of Environment, Ruben Verdugo to the committee of the Chamber of Deputies that investigates the agreement between Corfo and SQM for the exploitation of the Salar de Atacama.

In the case, the authority assured that the approval of the plan is a ratification of the environmental violations of the SQM in Salar de Atacama.

"It represents the absolute recognition on the part of the owner, that he environmental commitments breached", Explained Verdugo.

The authority also said that the six charges brought against SQM in general, "They are broken down into 3 or 4 more measures", one of them is the extraction of more amount of brine, where they take lithium, than was allowed.

This last situation generated a water deficit in the Salar de Atacama, so the SMA has a deadline of 6 months for the miner to return the volume of overtaxed brine, reducing the authorized flow, as detailed by the entity through a statement.

Under this consideration, the Member of the Socialist Regional Socialist Federation, Alejandra Sepúlveda, emphasized that, with the approval of the PDC, Soquimich force to develop, for the first time, environmental impact studies of extractive works in the Salar de Atacama.

"The most important thing about this is that they will have to undergo an environmental impact study for the first time. This is what I think is the most relevant and where we will have to wait for the Superintendent to permanently monitor what is happening in the Salar, "said the parliamentarian.

In this vein, the radical Marcela Hernando, although he has evaluated that SQM is now required to carry out environmental impact studies, he pointed out that these are extensive processes, while the water deficit of the Salar de Atacama is accentuated by the work of SQM and other companies installed in the basin.

"The fact that they demanded an environmental impact study looks very good, but it's studies that are lagging behind. The way the water level is restored to salt is extremely urgent," the official said.

The committee also participated Deputy Attorney General, Xavier Armendáriz, which referred to the conditions of the agreement reached by the Public Ministry with SQM, which ended with an alternative solution in the case of payment of funds to Pablo Longueira and people linked to the former Minister of Economy.

After Armendariz's presentation, the president of the investigative commission, regionalist Esteban Velásquez, lamented that these illegal acts were treated as simple crimes, which ended with a fine to SQM of US $ 2 thousand and 500 million.

"The accusation is to depict graphically what the old law gave account of in relation to crimes committed by SQM and qualifies as a simple crime" (…) This agreement reached by the prosecution with the company – To our judgment, a corrupt company it is because the law has left them free of dust and straw. "

This Monday was the last session of the investigation committee of the agreement between Corfo and SQM for the exploitation of the Salar de Atacama, an instance that will now focus on the preparation and discussion of the conclusions that will be presented to the Chamber of Deputies.