Sinking city review for PS4, Xbox One and PC 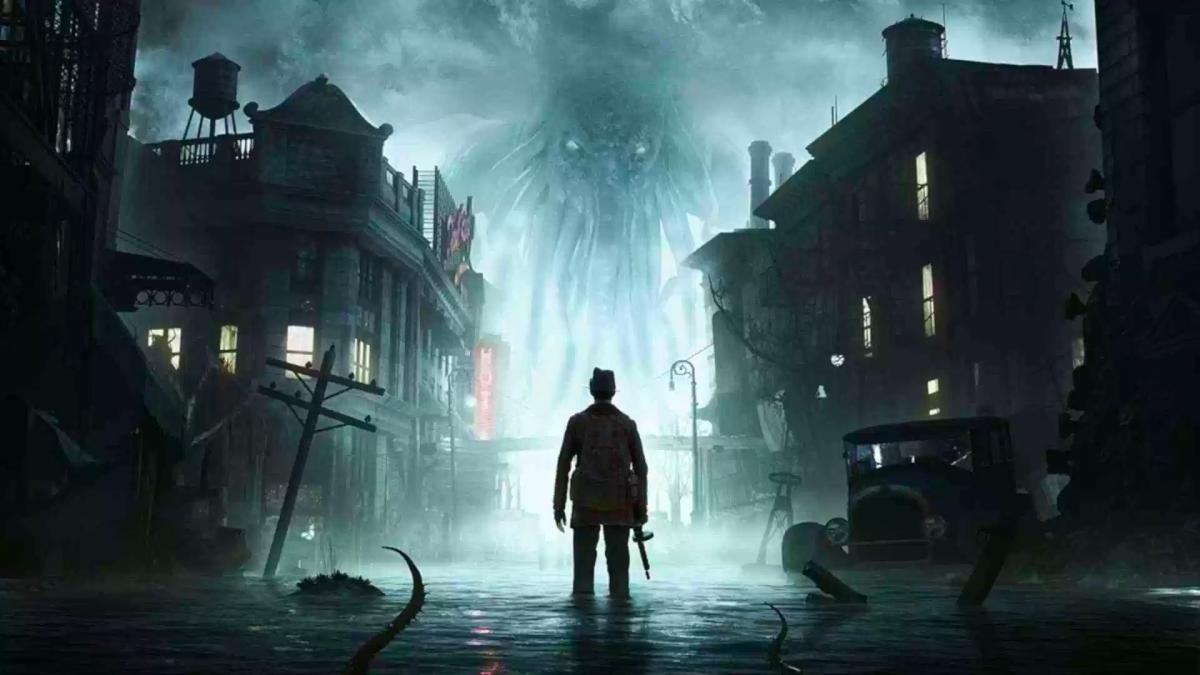 We dive into the analysis of The Sinking City, a horror game with elements of "sandbox" inspired by the work of H.P. Lovecraft Get ready to live a detective story following in the footsteps of Cthulhu's tentacles.

Who knows the work of H.P. Lovecraft He knows that it is not easy to adapt to a video game. But The sinking city It's a good try. It is very difficult to transfer the terrifying elements of the original books: the small cities of the 1920s in the northeastern United States, the presence of the deep and Mehtonians (half human creatures, half fish living among us), myths and extravagant characters.

H.P. Lovecraft also spoke of monsters and demigods, of the traumas that their protagonists carried within and of the cosmic horrors, whose description was not very clear, and alternated elements of reality with the imagination of its protagonists. He was a master of terror, but in a personal way.

The best games based on HP Lovecraft's work

Therefore, so fervent worshipers of Cthulhu we dived in The sinking city hoping to find the perfect fit. And like many of the author's works, it begins with a letter, one received by researcher Charles Reed, a former Navy diver, who claims his presence in the city of Oakmont (Massachusetts) to investigate a series of visions and cases of hysteria.

We arrived aboard the ship Charon (a small premonition) and soon we were immersed in a dark and oppressive atmosphere. Oakmont is a decrepit city, between the night and the twilight, in which the strangest cases develop. Everything begins with a disappearance, and from there are unfolding more and more mysterious situations that relate to each other.

We are facing a unique game of its kind; one "sandbox" of terror. We can walk freely through the city, walk through the streets that are still on the surface and by boat that they sank, and enter some buildings to carry out our work of detective.

However, this ambitious approach turns against them, because the trips through the city are "empty". There are hardly any playable elements besides getting supplies in the infested areas, and soon we choose to use the quick trip between the telephone booths in each district.

Analysis of the Call of Cthullhu

The process of case resolution is more interesting. The first thing is to record each stay in search of evidence and, from the menu, access the Palace of the mind to combine them and turn them into arguments. In addition, Reed has supernatural powers that allow him to see what happened in the past. Thanks to this eye of the mind, we "jump" into a parallel dimension, in which we must connect "scenes". As if that were not enough, we can interrogate the witnesses and consult the archives of the newspaper, the hospital, the library or the police station to cross references, as would a time savior.

It is a system that works very well, although the structure of the cases is repeated and it is very laborious to have to constantly consult our diary and the map to focus on each objective. It is true that this gives more realism, but it ruins the rhythm. In addition to a main story, there are secondary mysteries that help us gain experience and unlock new clothes, which give more depth to the game.

The sinking city is not the first game based on Lovecraft's work that incorporates a health system: a bar that is emptied as we see corpses, monsters and supernatural events, although their implementation is not as round as in Eternal Darkness, for example. Combat is no big deal either; To deal with the creatures of the abyss, we can opt for melee attacks (with a somewhat "clumsy" control system) or firearms.

Ammunition is a scarce commodity – bullets have become the currency of Oakmont – but we can build more through a "manufacturing" system (we collect gunpowder and caps to make ammunition and traps, and we do the same with alcohol for drug cabinets) . Even the game recommends that we avoid the confrontation as much as possible and escape the monsters.

If there is something that surprised us, it is that part of the game goes underwater. The fact that Charles Reed is a retired diver allows him to don a wetsuit and walk along the seabed. It is a dark and mysterious area, around which gigantic creatures hover and it has a great atmosphere. It even adds its own mechanisms, such as throwing with harpoons or keeping pressure on the costume.

It is a pity that it represents only a small part of the development, and that we have points of immersion, instead of passing freely by the seabed. But it still adds variety to research, and is something unique that is not found in other exponents of the genre.

So far we have made it clear that The Sinking City is a game faithful to the original work, with very interesting mechanics and others that do not work so well. But what disappointed us was his innumerable technical mistakes. It is true that it runs with the Unreal Engine 4 Engine, but the models are simple and badly animated.

As we move through the streets of Oakmont, we can see how the characters and objects suddenly appear and disappear, there are falls in the frame rate, an exaggerated "rip" (the horizontal bands that appear on the screen) and the I.A. of enemies and NPC is very scarce.

We also have frequent loading times, which is especially bleeding, because it is a game that gives us the freedom to move around the streets. Neither the sound section (with voices in English subtitled in Castilian and a little elaborate ambient music) stands out. It's a shame because the script has some very striking moments, in particular the implication of the Ku Klux Klan, which are overshadowed by these failures.

Special mention for a nod to Metal Gear Solid, which you will have to find for yourself and that has been ingenious.

After having seen the previous works of Frogwares, in particular Sherlock Holmes: The Devil's Daughter, we expected a more polished, better-designed jigsaw puzzle game that could take full advantage of the horror scene. Unfortunately we are hoping that Lovecraft's work will suit video games as it deserves.