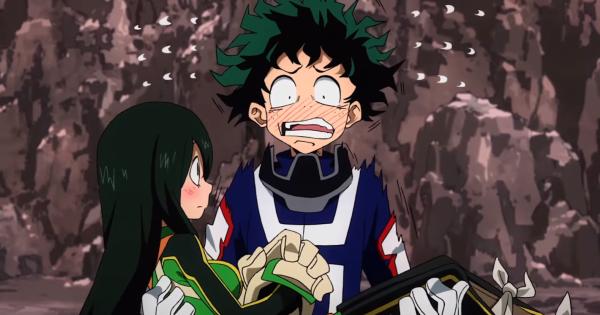 The original production of mangaka Kōhei Horikoshi is giving better results than expected. With a successful third season broadcast around the world and awaiting the production of his already confirmed fourth part for his animated series, Boku No Hero Academy continues to expand its borders.

You can read: The creators of Warcraft will do a live action of Boku No Hero Academy

At the end of October, the company announced its jump to real action with a film produced by Legendary entertainment, the same producer who made the film adaptation of Warcraft and who produced the film Jurassic World: The fallen kingdom, released this year.

However, it seems that the limits of the arrival of this success are only the imagination. The production revealed in the last installment of the Japanese magazine Shonen Weekly Jump that a game of Boku No Hero Academy in early 2019.

My Hero Academy: The Ultra Stage will be the name that will lead this new incursion into the franchise now, who will see the director Yotai Mutoyoshi behind the scenes overseeing the project. This work will be presented in the cities of Tokyo and Osaka during the months of January and March.

Meanwhile, do not forget that My Hero Academy: Two heroes He arrives in the cinemas of the region in the first week of December.

A new live performance from My Hero Academy called "The Ultra Stage" is planned for the spring of 2019 with performances in Tokyo and Osaka! pic.twitter.com/WkotkfX4aC

You can check out the trailer for the animated film that will arrive in Latin America, below: