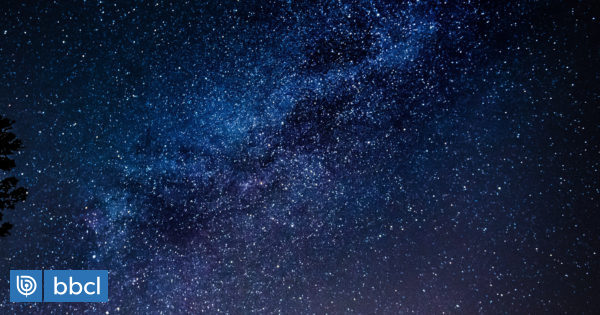 Scientists have discovered thanks to the astronomical installation Millimeter Matrix of Atacama (ALMA) the traces left by the formation of the planets.

Three Chilean astronomers participated in the international survey, all members of CATA's Center for Excellence in Astrophysics and Related Technologies. The discovery analyzed 20 stars in the star-forming regions of Ophiuchus and Lupus.

"Thanks to the spectacular resolution that ALMA gives us, we can see that stars form planets in their early stages of life, quickly. In addition, thanks to the data obtained, we could clearly see that this process leaves traces "explained Laura Pérez, an astronomer at the Department of Astronomy at the Faculty of Physical and Mathematical Sciences at the University of Chile.

The most common trait found was "the rings and, to a lesser extent, asymmetries and spiral arms". In particular, Perez investigated a disk that "showed that its closest part of the star is misaligned relative to the outer zone, something that would be expected to occur only in the presence of a huge planet, something like 10 times Jupiter."

Another of the results obtained explained Nicolás Troncoso, a student of the Magister in Sciences, cites the FCFM Astronomy of the University of Chile.

"When stars are rising and planets are forming around them, interaction with binary partners can strongly affect how planets are born," he said.

"We had the opportunity to see these interactions for the first time and found that the stars bother each other and their protoplanetary discs, producing an exchange of material and spirals of the dimensions of the entire Solar System," added the young scientist.

The work of many

In order to carry out this research, more than 65 hours of observation of the ALMA, 17 astronomers and the support of 5 countries were necessary, generating 10 different scientific publications published in a special edition of the scientific magazine. Astrophysical letters of the newspaper.

"Since we got the data, we worked more than 6 months to calibrate them, clearing the effects of the atmosphere, generating images of the highest quality and then studying them. We occupy mathematical models, characterize the structures that appear on the discs of these young stars. Getting this kind of information was crucial to compare with theoretical simulations, and thus understand what physical processes are occurring on the "Troncoso explained.

The scientists agree that this finding allows us to infer that the larger planets, with dimensions and compositions similar to those of Neptune or Saturn, are formed rapidly; in fact, much more rapidly than current theories postulate. They also tend to form within the confines of their solar systems, away from their host star.

For Viviana Guzmán, an academic at the Institute of Astrophysics of the Catholic University of Chile and author of one of the works of this research, the next step is to "observe the gaseous component of these protoplanetary discs". For this we have a Large Program of 130 hours of observation, in it we will map the distribution of organic molecules (containing Carbon, Oxygen and Nitrogen), which will allow us to study in detail the initial chemical conditions of these planetary systems. Data reduction, analysis and writing should take another 6 months.

For more information about the discovery, review the original statement published by ALMA, you can access this link.