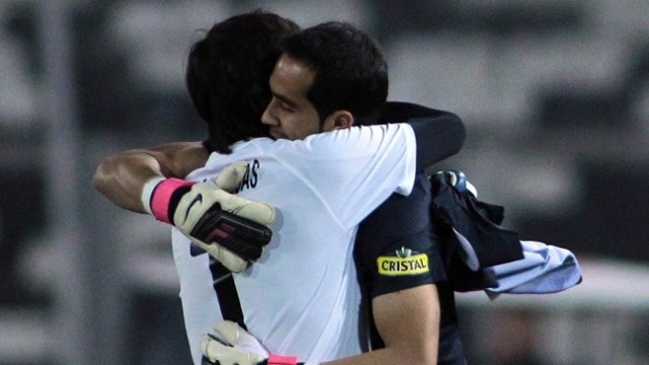 The former goalkeeper of the Selection of Chile, Roberto RojasHe assured that Claudio Bravo should focus on overcoming your injury and not thinking about Copa America this year, after it was reported that an infection would be leaving the target of Manchester City outside the continental competition.

In conversation with Outdoor PM, the "Condor" said that "I think he (Bravo) has to think first about recovering. The Copa América happens in a few months, but I think he's not thinking about it, he's working and he's taking care of playing again. "

"He can recover because the medicine is very advanced, but if I were in Claudio Bravo's place, I would be thinking of recovering first, I would not even be thinking about the Copa América because this can hurt me in recovering the injury. He has to put one hundred percent of his energies into his recovery, "he added about the same.

Regarding who should be Bravo's substitute in Red to face the tournament in Brazil, the retired guards assured that "there are still many months left, but I think the coach (Reinaldo Rueda) has the responsibility of seeing some goalkeepers and he has to choose the one that is best at that moment. "

Rojas affirmed in any way that the strategist of Chile "Obviously he will not have a archer as balanced and fundamental as Claudio Bravo was in the last years in the selection ".