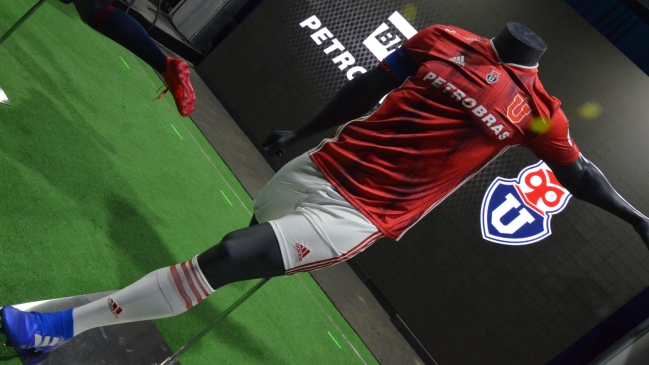 Several reactions were in the social networks for the new shirt that will use University of Chile next season, which includes an alternative reddish-pink outfit.

In this connection, Several fans have shown on Twitter with conflicting opinions about student dress for this year.

Check out the reactions of users on social networks:

The new red shirt of the U reminds me of that other hahaha pic.twitter.com/en4rqMBlAZ

What a funny t-shirt

I did not like any T-shirts, which they presented.

What was missing in the presentation of the U 2019 shirt: archery. Will Johnny Herrera continue to play with the replacement or with models from previous years?

U's alternative shirt is very much honored to its Petrobras sponsor because it looks like it's dripping oil.

Well, after fluoride, any U-shirt is acceptable.

the new shirt of the U is very similar to the selection of the University of Chile (not my picture) pic.twitter.com/hyQ87QIeIy

The new U shirt is more or less like this: pic.twitter.com/sNAXNkTc53

Many years ago I did not see a red U shirt so beautiful @daleleoncl pic.twitter.com/vRMgSmL9TD