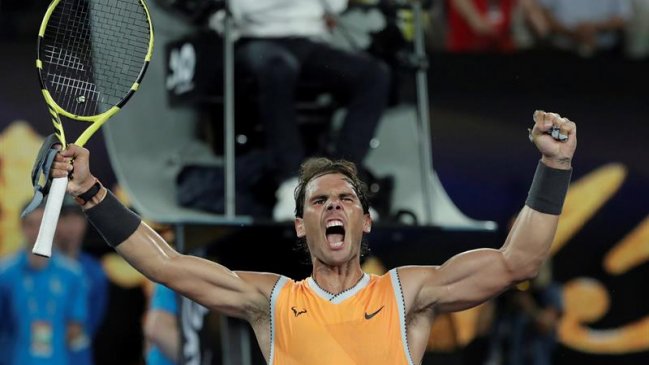 The Spaniard will try to win his second title in Melbourne 10 years later.

His rival will leave the cross between Novak Djokovic and Lucas Pouille.

The Spanish Rafael Nadal (2nd ATP) returned to show his best version to sweep the young Greek Stefanos Tsitsipas (15th) in straight sets and thus access the final of the Australian Open.

The Iberian won by 6-2, 6-4 and 6-0. in an hour and 46 minutes, and will fight for the title on Sunday against the winner of the other semifinal, which will dispute Serbian Novak Djokovic (1st) and Frenchman Lucas Pouille (31st).

The Spanish tennis player will attempt to win his second title in Melbourne after winning 10 years against Swiss Roger Federer (3rd) who lost his options to conquer his third crown followed in the Open yielding in the second round against Tsitsipas himself.

"I have made a good preparation for this tournament, although I can not play in the Brisbane tournament and that is why I want to thank my team for the work they have done to help me be here. ", admitted the Spanish after the completion of the game.