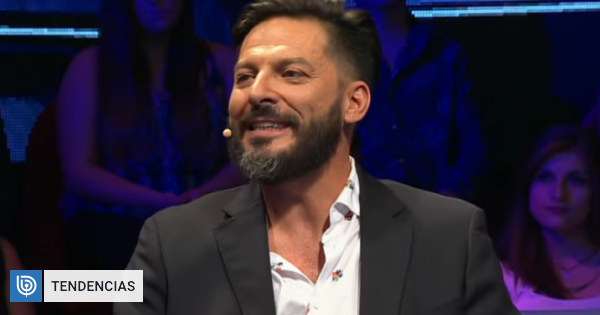 The journalist Rafael Cavada and the former vice José Antonio Kast They held an intense discussion through social networks shortly after Chile refused to join the UN Migration Pact.

It all started after the panelist Tomorrow in Chilevision He announced on his social networks that he had added to his biography on Twitter "that I am the son of an immigrant." And I'm very proud of that. "The above, in relation to the blood of Charrúa that runs in his veins (his mother is Uruguayan).

Its publication generated several comments, being the ex-parliamentar one of those that responded by the same platform.

I wish you had worried about the thousands of illegal immigrants who have entered the country in the last 4 years. Trafficked and exploited by gangs of organized crime, living in horrible conditions in Chile. Your membership is political, non-humanitarian https://t.co/8sxIlVmBRW

"I would like you to have worried about the thousands of illegal immigrants who have entered the country in the last four years. Trafficked and exploited by organized crime gangs living in horrible conditions in Chile"wrote Kast.

The journalist quickly answered the message, saying that his adherence is humanitarian and political. "It's pretty narrow to think they're unique. Their humanitarian is nothing," he said.

The politician did not hesitate to reply, asking Cavada if he knew the informal nurseries of Independence.

Do you know the informal nurseries of Independencia? Where do the children of illegal immigrants live all day in deplorable conditions while their parents work from dawn to dusk? Have you ever been there? I did. This is inhumane and the previous government did nothing to stop it https://t.co/epEOymyXsb

"Where do the children of illegal immigrants live all day in deplorable conditions while their parents work from sunrise to sunset? This is inhumane and the previous government has done nothing to stop it "he tweeted.

In addition, he also called the communications professional "opportunistic."

"You are a communicator and you have a media platform, and for four years you have chosen not to pressure the government to do something, you use it today to criticize the only government that cared about the human rights of migrants," he said.

"I've criticized the radio several times in the two programs I'm involved in. Be a bit more strict, or less a liar"replied Rafael.

I have criticized the radio several times in the two shows in which I participate. Be a little more strict, or less liar.