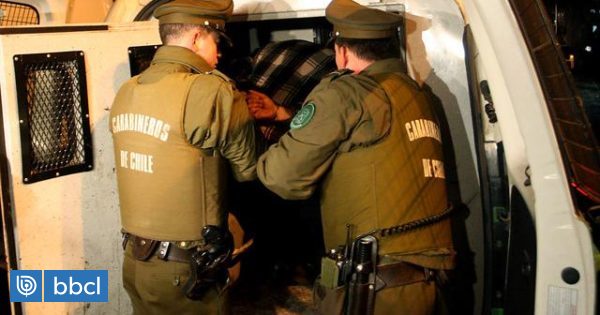 During the day of Thursday the vehicle of a young man who was thrown, beaten and abandoned in Puerto Montt.

In the vehicle were Baleska Valle and Víctor Paredes, who they were driving along the coastal route between Puerto Montt and Calbuco.

It was near the crossing of Huelmo, where Carabineros found the people, trying to tow the vehicle because they ran out of battery The car also had patents on a Maullin cell phone.

The detainees, according to the victims, are those who perpetrated the crime, but were detained only for the reception.

Cristobal, victim of robbery, he was dissatisfied for the crime that is imputed to the detainees.

The owner of the vehicle was hopeful that the criminals stay behind the bars.

The hearing had to be held in the first court of the Court of Warranty, however, the detainees were not transferred in time by Carabineros for the control and formalization of the investigation, which decided that your freedom is decreed and a new date is set for the audience.

Prosecutor Narciso Garcia said that every effort was made to postpone the hearing, but the judge did not accept.

The general of the tenth area of ​​Carabineros, Rodrigo Cadiz, confirmed the start of an investigation delayed transfer.

The investigation would last 48 hours, in a fact that was lamented by the police authority, who added that is the first case of this category who knows since assuming command of the institution in the region of Los Lagos.