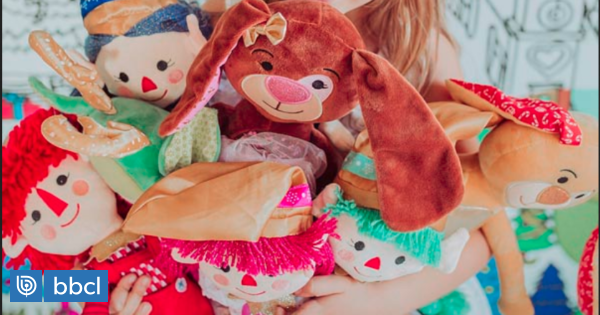 O Magic Elves They appeared before Christmas 2013 and their fame was definitely consolidated in the preview of Good Night of this 2018.

The desire to have any of them is such that some models are already sold out, despite the fact that this year the multinational Cencosud commissioned China to manufacture one million one hundred thousand of them.

The demand for one of these elves increased so much that there were even struggles in some stores of the brand, as happened in San Bernardo in November.

However, based on that many need to buy them to deliver them as gifts to children, or even to collect them, its price has been increasing in the informal market and on the internet.

A single Goldy, one of the models most demanded by Chileans, can cost US $ 50 thousand, eight times the value to customers.

On the page Web From this collection, the dog is described as "the shrewd and insightful guard dog of the golden magic " that, at his neck, a barrel hung with "magic powders to awaken the super powers that every child hid in his heart."

But you can also find the complete collection, that is, the eight goblins.

Those who want to acquire them at any cost and can not do so in any of the stores, where there is a maximum per customer – as reported by SoyConcepción – can specify it by disbursing the not insignificant sum of US $ 143,500.

Bernadette Astaburuaga, the doll's creator, told Capitoline Magazine that she was very surprised when she was told she gave the cat a stick. "As if this were fortuitous and there was no day-to-day work, creation, correction of detail, among a thousand efforts, and surviving projects that did not work."

Astaburuaga, which she's a teacher, found his way to the goblins because of his love for children and with a two-year degree in Marketing, studies he studied in New York in 1996.

The reception has been so good, and the successes were so good that your office will soon you need to have one more floor, of the several that already occupy, due to the work load.

"I never thought it would become the biggest promotional campaign in Chile." And do not overdo it: the elves have arrived Colombian and Peruvian marketwhere your stock will grow in the next seasons.