Piñera by Pinochetismo: Those who claim antidemocratic governments do not fit in Chile Vamos | National 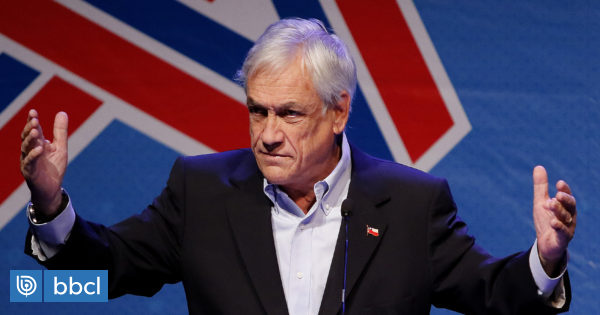 On Wednesday morning, the president Sebastian Pinera He assured that those who claim undemocratic governments or endorse human rights abuses and violations have no place in their community.

Pinochet is part of the history of Chile.All Chileans have an opinion about Pinochet, I have mine.But we will continue to argue about him … I do not care so much about what happened in the last 40 years, for me I care much more about what's going to happen in the next 40 ", he pointed out.

"Chile Let us define it as a coalition that is much more concerned to be a builder of the future than a guardian of the past," explained the head of state.

Along these lines, and based on the controversial Sayings by Deputy Camila Flores (RN), who at a party event declared himself a Pinochet and urged those who heard him not to hide him, the ruler stressed that it is not strange that the dictator still generates sympathy.

"She says she's a pinochetist. Let's say things as they are, many Chileans were pinochetistas. In fact, in the plebiscite of 88 he won 43% (of votes). Many of these people who were Pinochets today are part of Chile Vamos, but with one condition, "he said.

"With a total and absolute commitment to democracy, with respect for human rights and with certain core values, "Piñera said.

Before the panel question about the statements of some pro-government officials, such as Evopoli, where they admitted to believing everything has a limit, the president said he felt much closer to the commonplace of Chile Let's go with these dissident voices.

"Obviously, during the Pinochet administration serious, repeated and cruel human rights abuses were committed that should always be condemned because there is no justification," he said.

"But I want to be clear … I believe that Chile Vamos has a limit, nobody who is not committed to democracy or respect for human rights should be in Chile Let's go," Piñera said.

As for the project that seeks to consecrate prison sentences to those who deny the violations committed in the Pinochet regime, Piñera was quite critical, since do not understand how the legal body will be applied.

"This Law aims to punish those who relativize or justify, deny abuses (…). who determines what thoughts are forbiddenasked the president.

"And who relativizes or denies human rights abuses in Cuba, let's arrest him?" He asked.

"But imprison a person because maybe he has a different opinion? Maybe he thinks things have been different, "he said.

"Now, if someone is going to act to attack democracy … there is, of course, that the weight of the Law has to fall," he concluded.