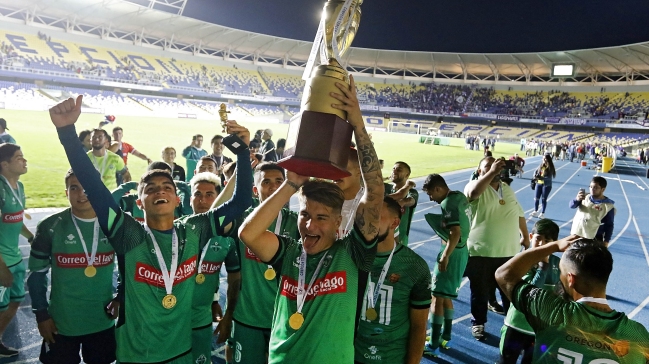 Pilmahue de Villarrica defeated 1-0 to Sports Concepcion and champion of the Third Championship B, in the grand final of the category, played in the Stadium "Ester Roa Rebolledo".

The meeting was played before more than 20,000 people who supported the "Leon de Collao", with the mission of both teams to get the three points, since in the first game tied without goals in the Region of Araucanía.

However, in addition to the breath of the "lilacs", the visiting team was able to withstand the pressure and thanks to the Esteban "Chino" González, managed to retain the title.

Similarly, both casts were promoted to Tecera A, due to their status as finalists, so in this duel the winning trophy was largely at risk.

However, the excitement is not over, as on Sunday the promotion will be defined, where Ferroviarios will seek the promotion against Tomás Greig, who wants to remain in the third A and won 3-1 in the first leg.